I handed in the second draft of my Truman paper to Oshkosh Scholar last week, but apparently I won't get a confirmation from them about whether they'll publish it or not until fall.  Thank you to everyone who has wished me luck!

My McNair paper is due in approximately two weeks.

I'm taking a full GRE practice test on Monday, and taking the real thing before September.

Next month I'll be traveling to the University of Minnesota and the University of Maryland College Park to check out their anthropology graduate departments there.  Not sure if I mentioned it, but I visited the one at UW Madison a few weeks ago.

And the other day I stepped into my bathroom for a moment and noticed the sunlight diffusing through the room in an interesting way, so I took a picture: 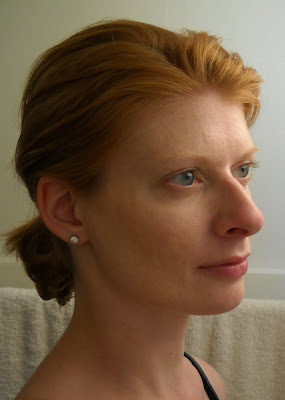 I'm a little haggard-looking, I know.  Even with the fake diamonds from Target's clearance rack.  For years I wore eyeliner every single day, but now I just can't be bothered.  I have too many other things on my mind.  Big, grand, important things.  Not like when I was 20 and attending beauty school in SoCal: 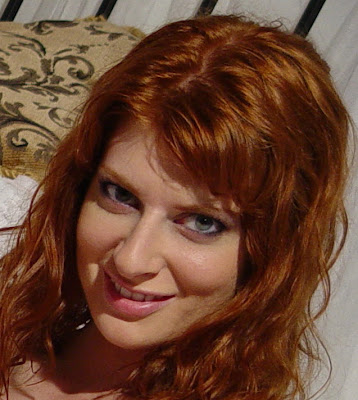 Ha!  Do I not look completely evil in this second picture??  I was evil and wild and naughty and so pretty...but this was taken at a time when I was absolutely miserable.  I was married to a controlling and manipulative person whom I hated, working one minimum-wage job after another, I was uneducated and didn't have a clue about anything, and I didn't even know I didn't have a clue!  What is that quote...that "youth is wasted on the young"?
When I started college three years ago I swore I'd never be one of those frumpy girls with disheveled hair and tired eyes, but here I am (although I have yet to ever go to class in my pajamas).  But I realize now why that happens: because eyeliner is really hard to put on when you've had six cups of coffe in three hours, trying to pound out yet another blasted paper.
I still wear eyeliner on occasion, but not often.  Not on these exhausting, bleary-eyed undergrad days when I pull all-nighters at least once a week, even in summer.  I'm less motivated to draw a happy expression on my face with a pencil.
Posted by An Extra Human at 01:27
Email ThisBlogThis!Share to TwitterShare to FacebookShare to Pinterest
Newer Post Older Post Home