Last night I went to a presentation about the evolution of altruism, given by my anthropology professor.  She is a wonderful speaker and presented some key ideas that I hadn't heard in my previous anthro classes and readings.

Here are some of the notes I jotted down:
I liked this presentation because I am always looking for more ways to understand the extremes in contemporary human behavior.  We are capable of such intense compassion, and sometimes martyrdom, and other times we can spiral into the very depths of greed, brutality, and violence.  We are cooperative in that we can sit for hours in large, crowded spaces without brawling, but how many times do we sit quietly among others, appearing to be cooperative, while masking our rage and fantasies of revenge?

So while I'm chewing on these ideas, I'm feverishly working to collect all my measurements for my wisdom tooth project (see this post) before the next two lab sessions are over, so that I'll have time to re-do any faulty measurements and write a good analysis.  If the results produce some coherent theory, I'll definitely want to take this project to ASU with me and see if I can revise it by increasing my sample size.  And then I'd want to present or publish it.  And this possibility makes me happy.

I also gave ASU the official notification that I'll be attending in the fall, and am planning a school visit toward the end of May, when this semester is over.

And in more news, I used part of my writing contest money to buy this book, one of the essentials for physical anthropologists: 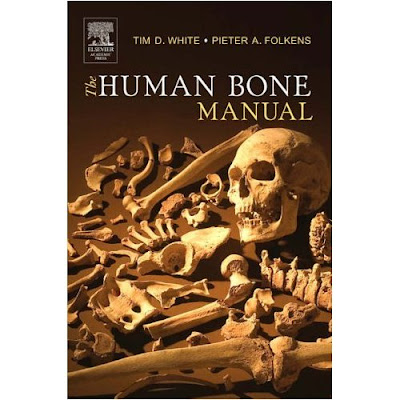 How great is that??  I can't believe this will soon be my life.  Of all the times I despaired, thinking my only option was to spend the rest of my life in a factory or trapped in some horrible retail/customer service job while reading Dilbert cartoons on my break.
Such despair was for naught!
Another path now lies before me.
Thankfully.
Posted by An Extra Human at 21:45
Email ThisBlogThis!Share to TwitterShare to FacebookShare to Pinterest
Newer Post Older Post Home