Of all the big cities I've lived in, Phoenix probably has the most homeless people.  You really can't go anywhere without seeing someone sleeping on the front steps of an empty building, holding up a ragged cardboard sign asking for help, pushing a shopping cart down a sidewalk, or begging for spare change.

Some moneyed people are more than happy to turn their noses up at the less fortunate, to ignore them and treat them badly, and to believe that the homeless got that way purely by being "lazy" and willfully making "bad" decisions and therefore deserve to suffer and rot in the gutter.  This line of thinking requires little effort, rationalizes non-action, and strokes the ego.

But, as much as my own ego likes to be stroked, I can't submit to that kind of thinking.  It makes me feel like an evil asshole.

If you've ever spoken at length with chronically homeless people, you know that the majority of them are mentally ill and can't take care of themselves.  They are not perfectly functional people who make an aware, careful, and well-informed decision to be "irresponsible" and "lazy."  A lot of them came from extremely abusive homes and have seen things that would make our eyes bleed.  Sure, there might be a few homeless people out there who were born into cushy privilege and consciously threw it all away, but that's definitely not the majority.

So here in Phoenix I get asked for spare change at least three times a day, whereas in other big cities I'm used to be being asked only once every two or three days.  When I first moved here in July, the frequency of being asked was unsettling, and I used to give whatever change or singles I had to anyone who asked, without question.  I figured, Man, Arizona's welfare system must really be a rancid sack of wet garbage to have SO many homeless people running around.  The 'Wild Wild West' indeed!

Then, one of my fellow grad students suggested an alternative to giving out money: give out little snack-packs of peanuts instead, because that way you could rest assured that your money wasn't being misspent on any addictions the homeless person may have.

Fucking...brilliant!  Why didn't I think of that??

I did some shopping around, and actually raisins seemed a better option, because they're low in sodium (important in the desert) and their snack-size boxes are easily transported and bio-degradable.  So I've been carrying small boxes of raisins with me every single day for the past week.  When I've handed them to homeless people, I've either gotten a profuse thank-you or a puzzled look.  I hope they don't think I'm poisoning them.  Does the "never take candy from strangers" rule apply to dehydrated grapes? 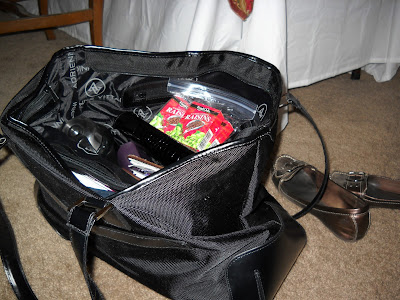 I'm not saying that handing out snack-packs of raisins is a solution for hunger or homelessness or any other societal ill.  But I am saying that it's something you can do if you happen to get asked for spare change a lot.  I'm saying that giving homeless people a snack might tide them over for an hour, which is one less hour that their stomach will grumble that day.

Another thing you can do for the poor is volunteer at a homeless shelter, a food bank, the Red Cross or United Way, or some other collective effort.  You can also talk to homeless individuals one-on-one and listen to their story, and help them find the nearest shelter or food bank.

But the most effective thing you, as an individual citizen, can do to combat hunger and homelessness is to vote for candidates who are in favor of sensible welfare programs to get these people fed, off the streets, and treated for their illnesses.  I, for one, would happily pay more taxes if it meant these people were taken care of.  Unfortunately, many Americans disagree, and prefer an every-man-for-himself, cutthroat, dog-eat-dog attitude, which excites our animalistic nature on some levels.