I knew before moving here that Arizona has a stick up its flimflam about showing an ID at the polls, and I was also aware of its reputation for hypervigilance against supposed voter fraud by illegals.

And I found out when I moved here that, according to the Grand Canyon State, you basically don't exist if you don't have a state-issued ID, but once you have one, all kinds of doors are opened.  One of those doors is voting, and when you are at the DMV to get your ID, you can check a box that says, "Put me on the Permanent Early Voting List."  If you check that box, you're supposed to get an early ballot in the mail automatically prior to every election.

So of course I checked this box because I care about that sort of thing.  But imagine my surprise when I was soon inundated with mail from the City Clerk, the Maricopa County Elections Department, and my neighborhood school districts.  Not only did they send me my ballots, but they sent me eighteen (18) pages of illustrated instructions, two 60-page booklets with all the gritty details of the school budgets and arguments for and against the proposed amendments thereto, and three (3) voter ID cards listing my precinct and district numbers, and who to contact should I have any questions. 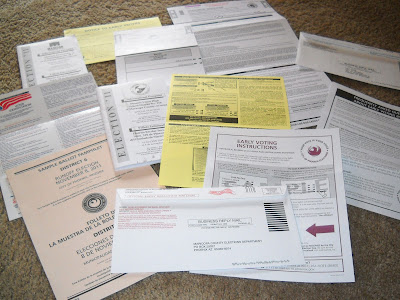 Not only that, but on the school bond/override ballots, each question described the proposal, explaining how much the school wanted to go over budget and why, how much interest the bonds would collect, exactly how many cents on the dollar taxes would be raised, and what the money would be spent on.  Furthermore, the City of Phoenix proper allows citizens three (3) whole days to cast ballots at any one of the 26 "voting centers" around the city, which include hotels, churches, libraries, and senior centers.  And everything is printed in both English and Spanish!

Well, fan my brow.  I've lived in several other states, and I just don't recall ever seeing anything like this.  It could be a timing issue (in that I moved here just a few months before an election), or that when I was younger, I did not care about voting and didn't notice these things.

In any case, I think these mailings are wonderful.  Color me impressed.

Now, the only question is in regards to Arizona's current position on the lower end of voter turnout rates nationwide (according to this site).  Is the Permanent Early Voting List a recent response to that, or a cause of it?  When other people look at these information booklets filled with lists of numbers and dollar signs, is their interest piqued, or do their eyes glaze over with apathy?

Or do they resist this subliminal New World Order/Masonic propaganda??? 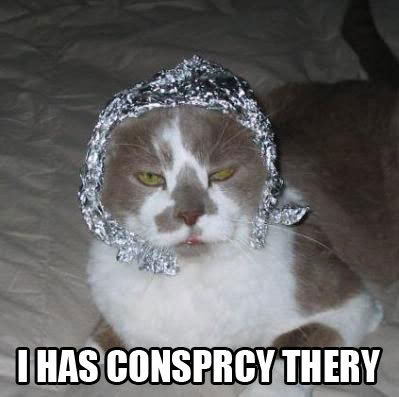