So I have a long and detailed history of using my body to make money.

A few years ago, I used to donate plasma quite a lot, and I thought now would be a nice time to start up again.  Today I went down to one of the plasma places here in Phoenix, and since it was my first time at this particular company, I was processed as a new donor.

I'll mention here that this place's organizational structure sucks.  Unlike the last place at which I donated, they're crazy crowded all the time, they don't have a website where you can make your own appointments online, you have to wait 30-90 minutes just to get checked in after you arrive at your scheduled appointment time, and they're shockingly inefficient when it comes to check-in and paperwork processing.  Normally, a new donor's first visit takes about 3 hours, but at this place it takes 6 (six) full hours.  Plus they have their A/C jacked way up, to the point where even the men were complaining about how cold it was.  And men are like walking kilns, usually.

But unlike most places, they pay cash, so I put up with these organizational annoyances.  And today I was at this place from 1pm to 7pm, and not a minute less.  What was I doing for 90% of that time?  Waiting in the lobby.  I had a book with me, which I read twice.  I paced.  I used the restroom.  I ate a granola bar.  I watched two movies that were playing on the flatscreen: Witless Protection and Men in Black II.  Probably the two stupidest movies in existence, but whatever.  By 5:50pm, when it was finally time to get a needle stuck in my arm, I was hungry and grumpy and cold and jumping to get out of there ASAP.

The good news was that my actual time in the chair was only 40 minutes; it normally takes a little over an hour.  When I was done, I went to the back desk to get paid, but as soon as I sat down to wait my turn, I felt SOOOO awful.  My head started spinning, my stomach started churning, and I was certain I was going to vomit explosively.  The desk guy called my name to come get my money, but I just sat there with my head in my hands, unable to keep my eyes open.  I wanted nothing more than to sit absolutely still until these sick, yucky sensations passed.

When I didn't answer, he started shouting at the other nurses to come get me.  "She's having a reaction!"

No, no, don't do that.  Oh please, don't do that, I thought.  Just leave me alone, I'm fine, just give me a minute.  I was thinking these things and trying to say them, but my brain was fuzzing out and my concentration ability was slipping away.

Suddenly two nurses, a male and female, were on either side of me, saying I should go lay down and put my feet up.

"You'll feel better if you come elevate your feet," one of them said.  "You look really pale."  They took my hands and helped me stand, and I was irritated for being jostled around when I was on the verge of upchucking, and for being dramatically escorted by hand like some confused old person, and for them not knowing that redheads are always pale.

As we three slowly walked through the donation lounge to an available chaise-thingey, my head felt like it was being pelted with thick, sharp needles.

And then I was laying on my back, in a chaise, looking at my booted feet, and pondering how they got to be resting on a foam triangle.  I felt as though I'd taken a little nap, and I felt warm, and the male nurse was laying ice packs under my collar and between my shoulder blades.  I thought it was convenient that he knew I was overheated without me even saying anything.

"It's right there," the woman said.

"I have to go to bathroom," I said, sensing that my entire body felt really relaxed and loose.  And in certain parts, a little too loose.

"No, I just need to use it like regular."

"You'll probably need us to take you in there," the woman said.

"Are you sure?  Because you just fell."

"I fell on the floor?" I asked.  Embarrassed, confused.

"No, thanks to [male nurse].  He caught you.  He just scooped you up like a princess and tucked you into bed!  Everyone's talking about it.  We're all very jealous."

Well, I certainly didn't recall anything like that.  I had assumed I'd stumbled my way into this lounge chair, but apparently not.  I must have fainted.  "How embarrassing!" I said.

"Oh, no," the woman answered.  "Blacking out is a very common reaction to donating plasma.  I mean, it doesn't happen every day, but it's common."  She walked me to the bathroom door and waited outside.  As I was washing my hands, I looked in the mirror and saw that my lips were completely white.  What the fuck?  Did I seriously faint?  I've never fainted or passed out or blacked out in my entire life!  I've seen gore and guts and shocking things, I've climbed mountains and been dehydrated, I've worn corsets and other tight costumes, and I've donated blood and plasma countless times over the years, and never ever through any of those faint-worthy instances did I pass out.  Actually, I've always kind of thought fainting was fake, like something that only hypochondriacs do to get attention, or that actresses do when they're playing damsels in distress in campy B-movies. 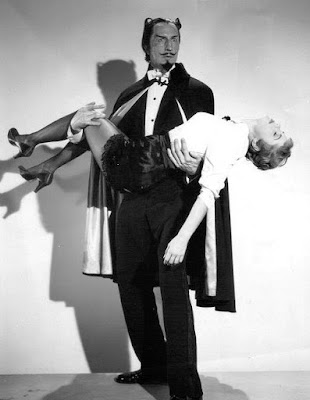 I guess I'm thankful I had someone to cushion my fall, but I don't find fainting cute or feminine.  In fact, I find it humiliating and frightening, because it makes you vulnerable to losing control of your bodily functions.  I mean, what if I had shat myself when I fainted?  Or what if I farted or made some other funny noise?  Losing control of my body in front of other people is more terrifying to me than, say, public speaking or long dark hallways.  I also fear getting into some kind of accident where I'm knocked unconscious and paramedics or doctors have to rip my clothes off and do horrible, invasive things to me in order to save my life.  Part of me thinks I'd rather just die with dignity than live the rest of my life knowing that I was probed and prodded and violated while unconscious.

I've also heard that you shit yourself when you give birth, and that kind of makes me want to adopt.

Why can't I ever stay on topic?  Man.

Today I learned that a) fainting is real, and b) it might be a good idea to sit with my feet up for a few minutes after donating plasma and not make a mad dash to the payout desk next time.
Posted by An Extra Human at 00:12
Email ThisBlogThis!Share to TwitterShare to FacebookShare to Pinterest
Newer Post Older Post Home