Crossing from Dumbphone to Smartphone

As you probably guessed by the title of this post, I recently got my first smartphone.  And you can probably glean from that piece of information that I'm not one of those people who cares about having the latest, hottest gadget.  Well, and plus I just never had the money for one.  But smartphones are super cheap now, so I figured it was time to get with the program and not become a total relic.  I just don't want to be one of those crotchety old people who refuses to learn anything new.

Anyway, I got an LG Optimus V, which runs Android.  It looks like this: 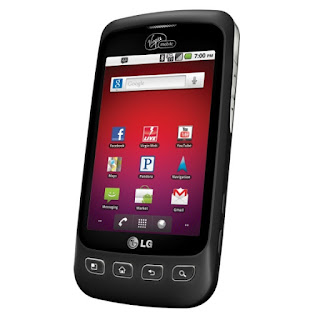 And while technology can sometimes be a huge pain in the ass, I have to say, this little thing is pretty fucking cool.  The idea of customizing your phone with different apps is just...man, who thought of that?  SUCH a good idea!  I downloaded a bunch of free apps from Android Market, and now my phone can operate as an Internet surfer, music player, scientific calculator, compass, flashlight, dictionary, thesaurus, day planner, music tuner, WiFi locator, barcode scanner, constellation finder, camera, video recorder, and GPS.  Plus I can instantly access full weather information, bus route schedules, and all my favorite news sources like The New York Times, NPR, BBC News, Al Jazeera, and National Geographic.  And most importantly, The Onion.

I also downloaded a really awesome app called "Congress," in which you just type in your zip code and it tells you who all your legislators are, what bills they are voting on, the details of what those bills are about, which bills they have sponsored, their voting record on previous bills, which committees they belong to, AND it gives you links to the rep's website, displays all their contact info, their district maps, and links to major news articles that have been written about them recently!  AND this app tells you which bills are currently in the House and which are in the Senate, and the days and times of the next hearings.  How fucking rad is that??  All of this great information in one handy place, accessed by simply touching your fingertip to a little picture icon thingey.  This app makes me want to writhe on the floor, it is just that cool.

Maybe it's tacky to talk about money and prices in public, but I'm going to anyway.  The phone itself, plus shipping, tax, and a two-year warranty was $111 and some change.  My monthly plan is $45, which includes 1200 anytime minutes, unlimited texting, and unlimited Internet, and this is through Virgin Mobile, which is a no-contract (pre-paid) phone service that uses Sprint towers.  I love Virgin Mobile and have been with them for 8 years.  Yes, that's 8 years I have had a cell phone with no contract whatsoever.  Seriously, I can't recommend no-contract phones highly enough.  In my 8 years with VirginMobile I've had no complaints.  I've only had to call customer service twice in that time, and that was because one of my old phones froze up a few years ago and I had to enter a particular code to restart it.  Other than that, no problems with this company at all.  I typically get a new phone every two years, and with VM everything is online and so easy.  You just go to their website, pick the phone you want (then find that same model cheaper on Amazon or eBay), order it online, and then you activate the phone yourself online, and pick whatever plan you want.

And look at the plans they offer for smartphones:

UNLIMITED EVERYTHING for $55 a month!  And having been with this company for years, I can promise you that $55 means $55.  Aside from tax, which is $2 or $3, there are no other charges or fees.  Plus they have even cheaper plans for regular phones, too.
Of course there are other no-contract phone companies out there with comparable phones and rates, but I like VM.  And you know, I have praised and raved about this company for years, and no one, not any of my friends, nor coworkers, nor acquaintances, nor family members, has followed my advice.  What the fuck?  So much for word of mouth.  And you'd think that people would just get sick of this contract crap and figure out for themselves that that shit's whack, and switch to a no-contract phone.  But do they?  Nooo-oo-oo.  So apparently that aspect of capitalism doesn't work either.  People will buy/use inferior/overpriced products/services even when better ones are widely available, because people are too lazy to shop around.  And that is how some really sketchy companies stay in business for decades.
I also think people have been conditioned to think that cell phones are complicated and that one must put up with a lot of idiocy and expense in order to have one, or some such fiddle faddle.  No one has ever been able to explain to me why cell phone ownership requires a contract.  Cells phones have been around long enough to where they're practically a dime a dozen.  Seriously, how ridiculous is the concept of a contract for a stupid fucking phone?  There's just no reason for it.  It's not like you're negotiating a multimillion-dollar, ten-year business deal or something.
And no, Virgin Mobile is not paying me to say all these nice things about them and about no-contract phones (although that would be sweet for me if they were, heh).  I just see the pre-paid phone method as far superior.  You might even say I'm a pre-paid phone snob.  You know what?  Ima just gonna list all the benefits of a no-contract phone and dare you to come up with a reason to stay with AT&TMobilerizonCellular whateverthefuck.
So if all that doesn't sway you, I don't know what will.

I don't even know why I wrote this.  Y'all aren't gonna listen to me anyway.  I'm going to tell you to switch to a no-contract phone and you'll just give some feeble excuse about being stuck in your current contract for another year.  I'm telling you where the party's at and you're not even going to go.