Variations on a theme: Hell is other people.

When I started this blog two years ago, I had every intention of writing about profound and deeply intellectual topics, about all the fascinating things I'm learning in school as an anthropologist-in-training.  I should be sharing that knowledge, especially since I once had dreams of being a science writer and a public intellectual.  I should be using this blog to hone my skills.

In case you're unsure of the definition, an anthropologist is someone who studies human beings--their origins, their migrations and distributions, their anatomy, behavior, culture, and language.

Anyway, sometimes I get to writing drafts of such intellectual posts, but I always end up too sad and tired to finish them.

I think I'd compare being an anthropologist to being a coroner.  Sure, you're in on all the action, all the gory details, but it's depressing as hell.  Through your studies, you're exposed to the full range of human behavior, all over the world.  The best and the worst.  And you quickly learn that the worst is so vast and prolific and well-documented and universal that it overwhelms the few little crumbs of best.

Why does the world suck so much?  Why are people so fucked up?  These are questions that have plagued philosophers and theologians for centuries.  Anthropology will answer those questions for you, but the answers won't be as pretty and comforting as guardian angels and magic and being a god's favorite.  Anthropology is an incredible field that will enlighten you and open your eyes and show you how human behavior makes sense and fits into repeated patterns found all across the animal kingdom.  But staring down the barrel of reality like that may also throw you into a bottomless abyss of despair.

Some people try to protect themselves from this information, either by rejecting anything scientific or by cloistering themselves off in a PG-rated la-la land, or both.  To them I say, you can run but you can't hide.  Reality will catch up to you sooner or later, so it's better to just face it now and accept it.

Once you've done the facing and the accepting, the hard part is trying to determine what all the facts we've collected about human nature mean for our societal institutions and to us as individuals.  What does it mean if xenophobia evolved as an adaptive behavior on Pleistocene African savannas and if modern hate speech is a manifestation of that?  What does it mean that wife-beating is ubiquitous across the ethnographic and archaeological record?  What does it mean when brain scans show that the pleasure centers of the human brain light up when we exact punishment on others?  What are we supposed to do with such information?

This information could help us build better institutions, especially governing institutions which have enforcement power, that mitigate bad human behavior and keep our sociopathic tendencies in check.  All historical, statistical, and ethnographic data overwhelmingly support the idea that, when left to their own devices, humans do very evil and scary things.  But what's even scarier is that people can be socialized to be nice and to respect the rule of law, but given the right propaganda, all that socialization will come undone before you can say, "Please don't slit my throat with that machete."  You can try to build a better world, but I'm fairly certain that the human lust for domination, control, and exploitation will get in the way every single time--as much as both you and I wish it weren't so.

What I find odd is that in the US, we prefer to view children as "sweet" and "innocent," even though it's blatantly obvious that kids are born as nasty, selfish little monsters, and that's why we have to pound the idea of manners and "being nice" into their heads.  We have to socialize them into not hitting their siblings, not pulling the legs off of spiders, and not bullying handicapped people.  Children are born insensitive to brutality, then we sensitize them to it through socialization, and then they get desensitized once again as they grow up and experience all the cruelty in the "real" world.  I think this desensitization process is what people lament as "the loss of innocence," because apparently they don't remember when they were very small and still operating in their natural state as humans, hitting and kicking and screaming and biting people and monopolizing all their toys.

Just now I was wondering what happens when children never go through that middle sensitization stage.  Does that make it easier for them to accept the violent nature of reality, so that they are never depressed by this "loss of innocence"?  For instance, there are several cultures in which children participate in hunting and farming activities from a young age, and therefore see living things die almost every day, all throughout their formative years.  Death and violence are a normal part of life for them.  By contrast, most American children, as one of my professors pointed out, are protected from witnessing anything getting killed and thus are shocked to learn (at a very late age) that a chicken's head must be cut off in order to eat the chicken.

Is that why I am sometimes so disturbed by the darker aspects of human nature?  Because I didn't witness enough violence and bloodshed growing up?  Is that my problem?

It makes me wonder if maybe my ex-husband was right when he told me that it's better to beat the shit out of little kids because it gets them used to the idea that the world is a cruel place and forces them to cope with it early on.  His father had beaten the shit out of him when he was little, and he praised his father for making him "a man" and not wimp who, you know, cared about other people.  Violence was a part of life and that didn't bother him; he had never been sensitized in the first place.  He never lay awake at night pondering the causal arrows in his worldview, troubled by the complexities of human behavior.  To him there were no complexities.  Might made right and that was that.

Ugh.  The burden of consciousness is so heavy.  At least for those of us who had that mid-childhood sensitization via schooling or parents or friends.  People like me have to build up our mental callouses all over again.  Kind of like when that "goatse" meme was going around some years back.  I was horrified when I saw it in my early 20s, but now that I know there are far worse things in this world than some guy with a butthole fetish, it's not a big deal anymore.  I could probably look at 50 more images of stretched-out buttholes and be only slightly uncomfortable, instead of completely disgusted.  Although disgust also has an adaptive function. 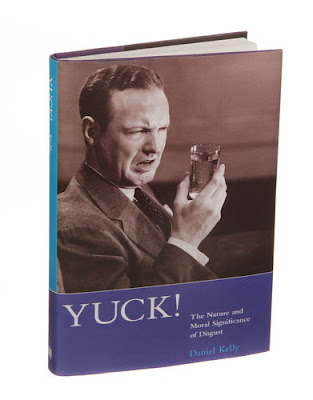 I wonder...if American children never had the sensitization process and had been building their callouses thick from an early age, would we have so many alcoholics and potheads today?  Would we have so many people numbing themselves with food and shopping and video games and religion?  I don't mean those as rhetorical questions, but to signify that I really have no idea.

Two years ago, when I was an undergrad, I wrote a substantial paper for school about human rights.  Isn't that funny?  Back when I was all, I'm going to save the world! and believed that humans were important and worth saving.  Boy, was I naive.  Humans are the most destructive animals on the planet and are directly responsible for the extinction of hundreds, if not thousands, of other species.  We are the last species worth saving.

Meaning, "I've plumbed the depths in the soul of the highest man.  Now fetch me some sedatives."

Maybe I just have to do a better job of actively searching for those little scraps of goodness in people, despite all the evidence to the contrary.  Or maybe I should just start reading my Buddhist book again, which I started reading last semester and then promptly forgot all the good advice in it, so now I have to start all over.  Even though I don't, y'know, believe in karma.

So I've changed the subheading of my blog from "The Research and Shenanigans Blog..." to "The Tomfoolery and Shenanigans Blog..." because I'm not writing profound, deeply intellectual posts about anthropology, and I might not ever do that.  Instead I'm posting meaningless, irrelevant, useless, partially entertaining fluff to distract myself from the fact that I live on this stupid planet with 7 billion other human beings and have no reasonable means of escape.

What good is a 1200cc brain if not for cooperative hand farting?
Posted by An Extra Human at 18:38
Email ThisBlogThis!Share to TwitterShare to FacebookShare to Pinterest
Newer Post Older Post Home