Heya, hooded mergansers.  This past weekend was the tail end of spring break--and yes, I am typing the words "spring break" in relation to myself and I'm nearly 30 years old.  Anyway, I had some time where I didn't have to be in class, so I flew out to Monterey, CA, where Mr. Cheesebrow is currently stationed.  I visited him for 4 days and we had a very nice time. 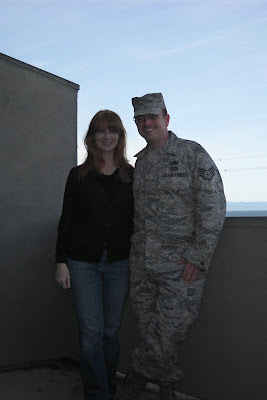 But what you're really jonesing for is some rad landscape photos!  And I am here for you, grasshoppers.

The view from Mr. Cheesebrow's apartment: 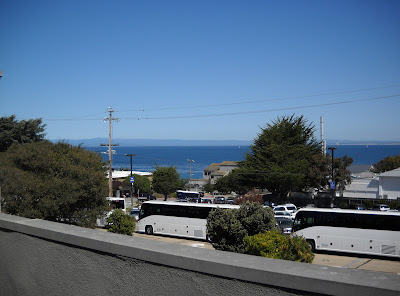 And a few blocks from said apartment, a beach full of wild harbor seals lounging in the sun!  Yes, those gray and black lumps in the picture below are not rocks, but sleeping marine mammals.  Well, sometimes they rolled over and yawned and shifted their positions, but then they would go back to sleep.  It was SO cool.  The reason no humans were bothering these seals is because there's a fence there to keep the humans back, so I was standing behind the fence with a bunch of other humans, taking pictures and videos and cooing and giggling over how cute these guys are. 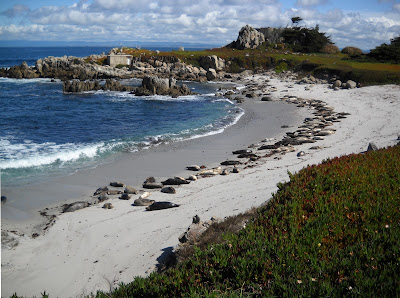 Calla lilies, which I've never seen outside of a flower shop before.  They're from southern Africa and not native to US soil, so I don't know what ecological damage, if any, they're causing here. 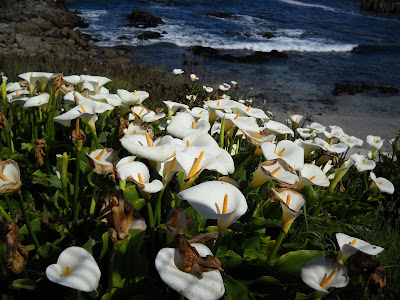 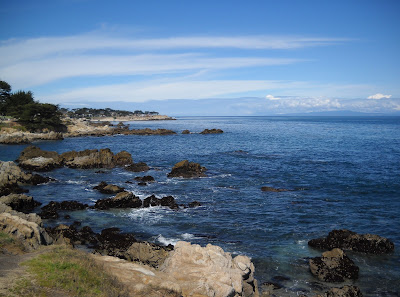 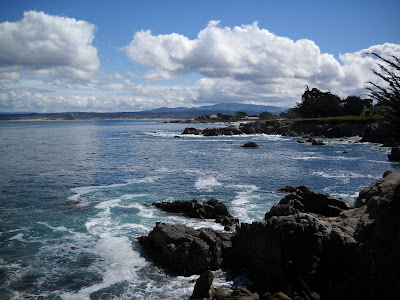 The green stuff in the next photo is not grass, but an expanse of succulents. (!) 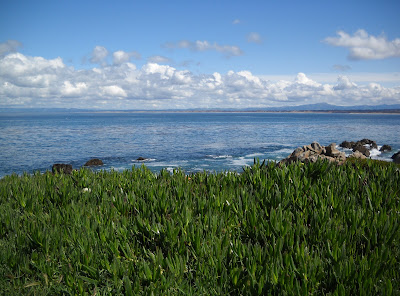 The waves that blast against the rocks can easily reach 10 feet tall: 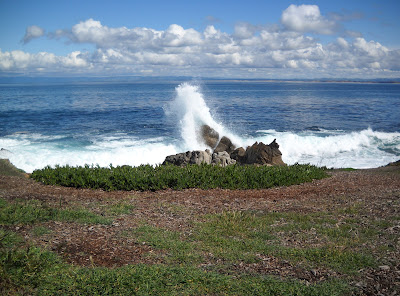 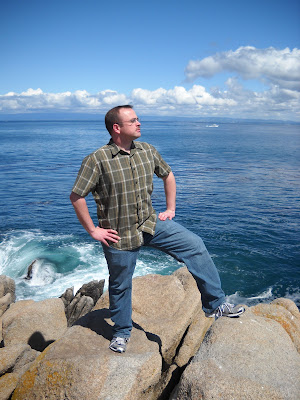 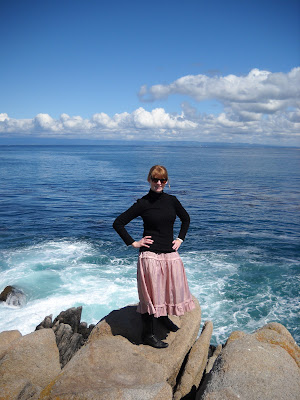 A few weeks ago I asked MC if he would grow a molestache for me, and he did!  Because he's a good sport, and because facial hair is HOT! 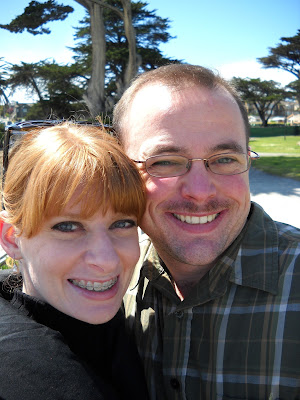 Below are views from the 17-Mile Drive, on our way to Carmel: 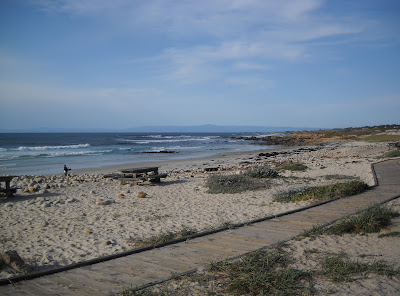 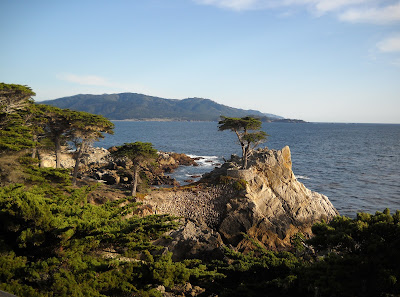 Views from Big Sur (in the rain): 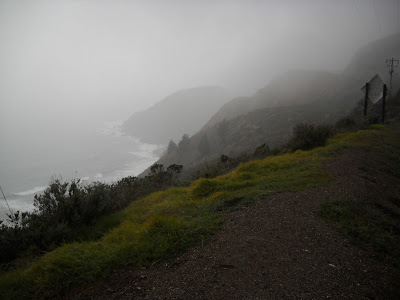 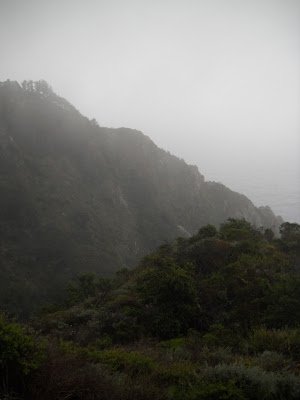 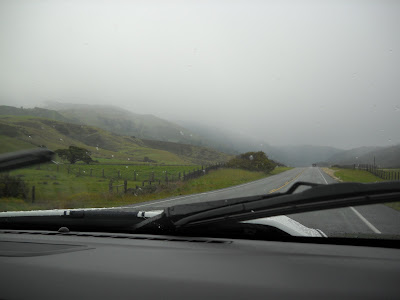 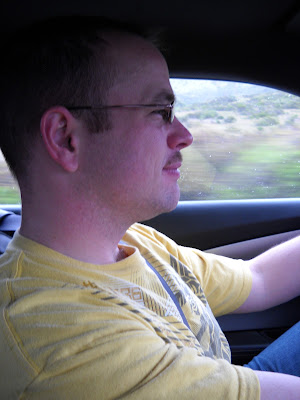 This is the car we did all that driving in: 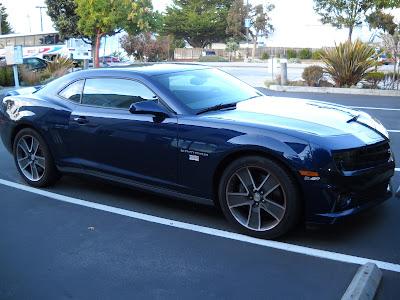 It's pretty, ya?  Also the most bumpy, jarring car I've ever ridden in.  How spoiled and ungrateful (and white) do I sound saying that?  I know, I know, this car is not meant for cruising.  It has a tight racing suspension and a big growling engine that is loud all the time, for the purpose of going fast.  It has paddle shifters and pretty racing stripes, and Mr. Cheesebrow was very kind and generous to cart my fat butt around town in it.  All I'm saying is, what's wrong with an old Buick or something?  Nice and smooth and quiet, those Buicks.

Oh, and when I left my apartment to go on this trip, I left my patio door wide open.  This was bad because my tax documents were sprawled out on my kitchen table and because I live in a large complex smack in the middle of a big city.  The fact that I'd left it open didn't occur to me until I was almost at the airport (1.5 hours away from my house), so it was way too late to go home and shut the door.  I called the apartment manager and kindly asked her if she could please go close it.  She said yes.  I kind of knew she wouldn't, because she's a flake.  And sure enough, when I came home 4 days and 5 nights later, it was still wide open.  On my way home, I was half expecting my house to be ransacked, my computer stolen, and feral animals to have taken residence there.  But thankfully, none of that happened.  Everything was exactly how I'd left it.  I mean, it's possible someone could have come in and hacked my computer and stolen my SSN and then just left quietly without disturbing anything.  I'm going to have to keep an eye on my credit reports for a while, methinks.  Someone could be stealing my identity as we speak.

But, you know, other than that, I had a nice spring break.
Posted by An Extra Human at 10:29
Email ThisBlogThis!Share to TwitterShare to FacebookShare to Pinterest
Newer Post Older Post Home