Interview with a vampire and other job search tales.

It's important to try to stay positive when looking for a job.

I don't know where I was going with that statement, but I've been using CareerBuilder as part of my job search.  There are tons and tons of jobs on there.  Unfortunately, I've been finding that I'm either not qualified for most of them ("5 years previous experience with [obscure software I've never heard of] required"), or they are obviously scams ("make 100k working from home!").

What's also unfortunate is that the only thing I'm really qualified to do is the one thing I absolutely will not do under any circumstances: telemarketing.  I started in the whole retail/sales/hustling business when I was 15 and it seems I just can't break out of that shit.  I am desperate to escape it, and that desperation is part of what led me to go to college.  I don't regret getting a liberal arts education and wouldn't trade that for anything, but I wish I had coupled it with something trade-oriented, like supply chain management or graphic design or mortuary embalming.

My customer service skills should be transferable to administrative/clerical jobs though, right?  I've only applied to nine of those so far, because so many employers looking for admin people want someone with a business degree.  Some months ago there was a New York Times article going around that said that employers are starting to realize that people with business degrees are actually really shitty employees and overall just useless blobs of flesh, but that's not what I'm finding here in Phoenix. If I had a business degree, I'd have some really fine pickins in this town.

There are tons of wanted ads for paralegals, and that job sounds like it's right up my alley.  I have a political science degree, I've written legal briefs before, and I know how to research things, but to get hired as a paralegal you have to have either many years of experience as a paralegal or a degree in Paralegal Studies, which is obtained through two more years of college (and many more thousands of dollars).

I see lots of wanted ads for truck drivers, too.  To get your CDL you have to attend truck driving school, preferably at a school certified by the Professional Truck Driver Institute.  There is such a school in Phoenix, but tuition is $3900, plus the money you'd lose by going to school and not working. 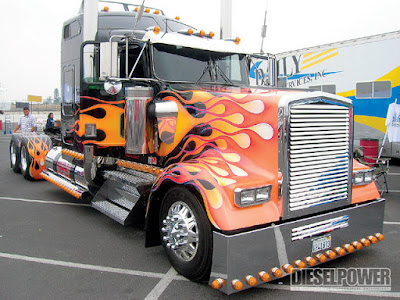 I've been looking at regular delivery driver jobs, but they typically require the ability to lift 50-100 lbs unassisted.  Except I don't think I can lift 10 lbs unassisted.

What else?  I can write fairly well, but employers seeking writers explicitly want people with either Marketing or Technical Writing degrees.  I was thinking that maybe I should take some unpaid writing gigs on the side just so I could build a portfolio, so I answered a few ads for unpaid writers.  One of them responded, and wants a script written for his movie about--get this--scam artists.  Not sure if I'll be accepting that assignment or not.

ChaCha is a search engine that, I heard through word of mouth, always needs "guides" to answer questions from the public.  I thought it might be a good way to get my foot in the door with writing web content, and I registered today and tried it out.  However, it turns out that you don't research or even write the answers, but approve of small blurbs that others have written, and you earn only half a cent (yes, as in "half pence" or half of $0.01) per blurb you approve, and there can be very long lulls between questions when no one is asking anything. So writing experience can't really be gained there, and worse, it would take you a very long time to save up for a milkshake.

One thing you might not know about me, Dear Reader, is that I have appeared on television twice, have acted in several plays, and was once an uncredited extra in a movie.  The movie is called Dennis P., which you've never heard of, because it's European and low-budget, and I've never even seen it, so maybe they cut out the scene I was in, and if you watch it and don't see me you might think I'm lying.  How the hell did I end up in a European B-movie? you ask.  Well, in 2006 I just so happened to be waiting for a flight at the Duisburg airport in Germany, near the Dutch border, and one of the scenes from this film was being shot there.  A crew member was asking nearly everyone lolling around at the airport at that moment to be an extra, and nearly everyone agreed, as did I.  ANYWAY, in my job search I saw a wanted ad from a casting agency that, according to its website, keeps people on file to work as extras whenever production companies film commercials or videos in Arizona.  That sounded kind of fun, and sometimes extras make $50 or $100 doing that, so I signed up and figured I'd never hear anything back.  However, they called me back the next day and requested I come in.

So yesterday I went.  The office was in a massive glittery copper-colored office building in the nice part of town.  I found the correct suite, checked in with the receptionist, and waited in the fancy lobby until an older, well-dressed woman with a dangling wattle came and took me to her office.  Her name was Barbara and when we sat down, she promptly began making extreme and nonsensical comments about the middle class, immigration, gun laws, conspiracy theories, and all things NOT related to the film industry.  I knew right away that I had stepped into some sort of trap and wanted to leave immediately, and started to plot a graceful exit because Barbie here was a little scary.  She just kept talking and talking, her monologue not following any coherent path at all, and then she started telling me that I had really good features and "a very marketable face."

You guys.  If you have ever seen me in person, you know that I am what they call a buttaface, and when anyone tells me otherwise, I automatically know it's some sort of scam.  Well that, and when they start saying that Heath Ledger was "possessed by demons" and that playing a villain in a movie is "the devil's work," like this woman was.  But I wanted to get more material for my blog, so I nodded politely.  Oh.  Hm.  Uh-huh.  Wow.  Then she started showing me laminated photocopies of thousand-dollar checks, and I could hardly keep a straight face.  If you want a caricature of a charlatan, then visit ol' Tammy Faye Bakker over here.  She tried to get me to pay her $350 for a "Talent Portfolio," and seemed shocked that I refused.  "You'd better get back to me next week," she said, "because I'm only taking 2 males and 2 females for this."

For "this"?  For what??  She hadn't even mentioned any particular commercial or print ad or film!  But shortly after she saw that I wasn't going to pay, she shut up and let me leave.  Oh man, it was funny, but pathetic and very weird.  This whole bizarre episode reminded me how sad the entertainment industry can be, how full of use and abuse it is, brimming with predators who promise glitz, glitter, adoration, and easy riches to even the homeliest and untalented of people.  All I wanted was to make $50 as an extra every once in a while, but I guess I'll have to look elsewhere for that.

The same day I had a real interview at one of the places where I had applied for an administrative specialist position, which I thought entailed the same duties as an administrative assistant or secretary or receptionist.  So I went there with my leather padfolio and resume, looking smart in a pencil skirt and heels, and at this interview I learned I wouldn't necessarily be an administrative anything for this company.  Apparently they have a bunch of positions across all their departments, and if I am hired, I might end up installing medical equipment or something.  Which is fine, and I do hope I get hired there, but it was just a little...unusual that the job title changed in the middle of the interview, is all.

By the time I'd gotten through that interview and the casting fiasco yesterday, it was the hottest part of the afternoon and I was schlepping several blocks through the baking cement jungle to the bus stop, sweating like a racehorse and just generally looking like a frump.  I crossed an intersection where a sporty BMW was blocking the crosswalk, and when the driver backed out of my way I smiled at him to say thank you.  He smiled back, and seconds later he pulled over to ask this buttaface out on a date, if you can believe that.  "I don't normally do this..." he said, apologizing for his forwardness.  It was actually kind of charming.  We chatted for a few minutes and I asked him what he did for a living.  He said he was an engineer, which explained his Ray Bans.  (Apparently he's better than me at being gainfully employed.)  And he took my number right there in the middle of the sidewalk, by the Target on Cactus Road.  I'm not going to get my hopes up, but you know, it seems like I'm approached more often when I'm frazzled and distracted and in the middle of something and my mind is elsewhere.  Conversely, when I'm put together and look like a million bucks and feel great about myself, I almost never get approached.  Just another mystery of the universe, I suppose (and certainly contradictory evidence for "the law of attraction").  But in any case, as Max Ehrmann said, "Neither be cynical about love, for in the face of all aridity and disenchantment it is as perennial as the grass."

Do you think that if I stop obsessing over my job search, an offer will come when I least expect it, when I am distracted and my mind is elsewhere?

No.  I don't know.  I'm scared!  I must keep obsessing until I find something...and I'm so tempted to go back to dancing.  Monday I'll be going down to an employment agency to see if they can help, and to the library to rent some computer manuals to learn a few programs that employers seem to be consistently wanting applicants to have knowledge of.  I think I'll apply to a few cab companies too, even though I don't know the Phoenix area terribly well.  But what is GPS for, right?

Shit...I would also have a lot more job options if I had a car.  And that is the eternal conundrum:  How can you get a job without a car, and how can you get a car without a job?  How do people do this?  How do people make it in the world?  How do I join that club?  Evil deeds, trickery, exploitation, and bloodsucking?  Tammy Faye says yes, especially when "we're down to our last $37,000." 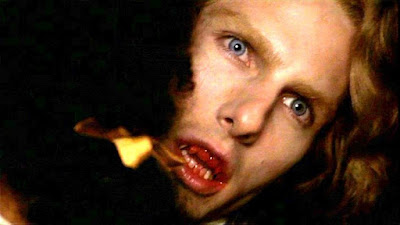