The Grandest Canyon of Them All

You know how I said that Jennifo was coming to visit this past weekend?  And we weren't sure what we were going to do to entertain ourselves?

Friday night we went out for tacos and drinks and talked about going for a hike in Tonto National Forest the next day, and maybe hitting up the local Goodwill so she could buy a vacuum cleaner for her summer apartment.

Saturday morning I said, "Hey, we should go to the Grand Canyon today."

So we did.  We ditched the Tonto idea and the Goodwill shopping idea, and instead cruised through the mountains in her pickup truck to the South Rim of the Grand Canyon, which is 4 hours from Phoenix.  We got there around mid-afternoon on Saturday, just as the shadows were beginning to tilt and stretch and loll into the landscape.  And lucky for us, it just so happened to be free admission that day.  How cool is that??

We started near the Mather Point Amphitheater and circled around the Trail of Time.  Instead of describing to you how amazing this place is, Ima just post a few select pictures.  Click on any of them to enlarge. 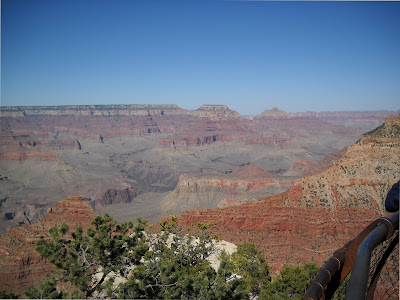 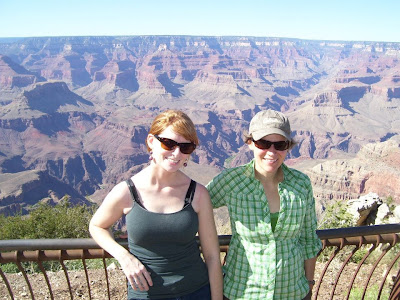 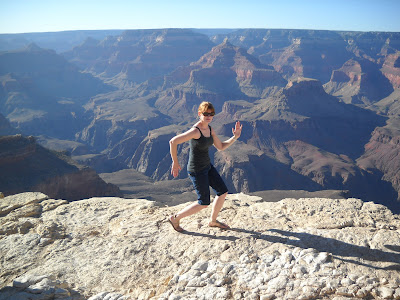 That night we stayed at Fo's place in Williams, and Sunday morning we returned to the South Rim, where we took the most western section of the Rim Trail, then hiked down into the canyon on the Bright Angel Trail to the 1.5-mile rest house and back.  Here is where we tried our hand at yelling things over the cliffs to test the echo.  In our observations we found that making a peacock noise produced the clearest echo. 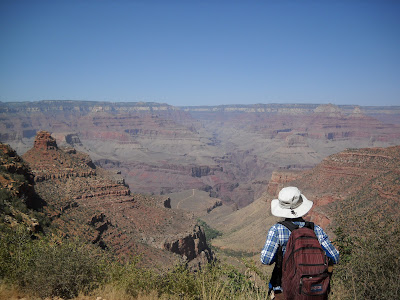 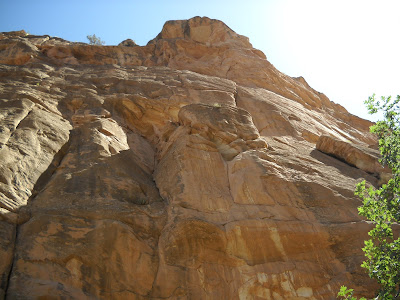 You can tell which one of us is studying to be a wildlife ecologist and will be working for the DNR one day, and which one will not.  Observe Jen's ventilated sun hat, moisture-wicking shirt, cargo pants, expensive hiking boots, and fancy water bottle: 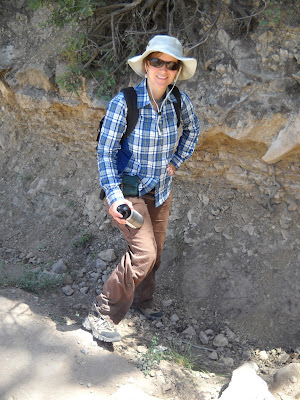 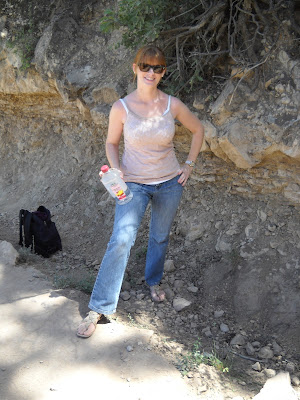 I did indeed hike all these trails in cheapie sandals, because they're as close to barefoot as one can get.  My first experiment with barefoot running didn't go as planned--mainly because it was February in Wisconsin--but I firmly believe that arch supports and ankle supports and all that actually makes the feet and legs weaker, because how can a muscle get strong if it's always supported?  I figure that since humans have been running around barefoot or nearly barefoot for millions of years, our feet are adapted to bear our body weight unassisted.  We aren't built to walk with crutches or safety nets and we're not built to walk with cushy marshmallows strapped to our feet.  And lo, I did all that walking for two days, through rocks and dirt and gravel with nothing but my thin little sandals, with nary a blister or bruise or scrape or hangnail or any injury at all.  Sure, my dogs were dusty, but otherwise totally unharmed.  They are strong and used to being wild and unrestrained, and yours can be too! 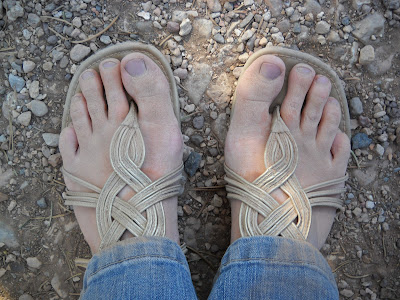 Anyway, we then returned to Bright Angel Lodge where we had ice cream while several squirrels peeked over our shoulders and half a dozen condors circled above us.  I didn't get any good pics of the condors, but as we were making our way to the ice cream shop, I happened to turn to my left and a huge old condor was swooping down directly towards me, and there was an unsettling, quiet moment where I looked him directly in the face.  It reminded me of that scene in Lord of the Rings where Frodo is at Osgiliath. 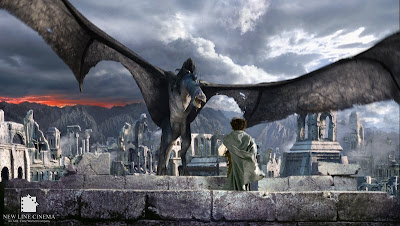 Then Fo and I took the shuttle to Hermit's Rest and back, stopping at Hopi Point, The Abyss, and Pima Point: 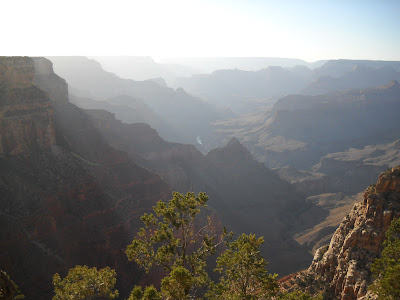 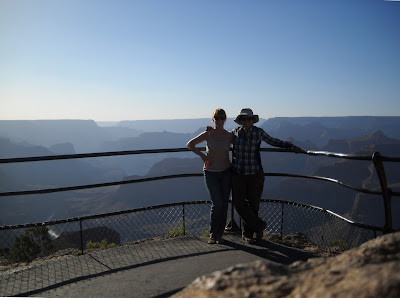 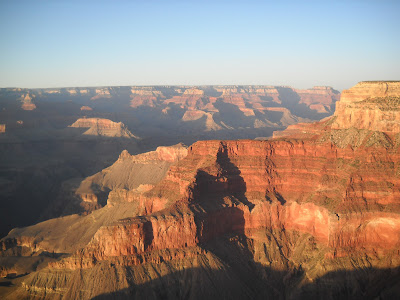 Then yesterday morning Jen went to work and I went back to Phoenix.  I took a shuttle bus from Williams to Flagstaff, then a Greyhound from Flagstaff to Phoenix, then two city buses to my house.  Ugh.  That was the only part of the trip that sucked, because on the shuttle there was only one seat left, and it was next to an Australian man who talked nonstop the whole time and claimed to be not only an unemployed musician but a "self-taught physicist."  On the Greyhound, there was something wrong with the bathroom because it was stinking up the entire bus.  You guys.  That stench was SO rancid and foul, like the most intense diarrhea ever produced by a living organism.  For 3 HOURS I had to sit in that miasma, with my shirt sleeve over my nose and mouth, trying not to breathe.  And to think, in two weeks I'll be taking a Greyhound from Arizona to Wisconsin!  Oh, joy.

So aside from the ride home, I had a really great weekend.  It was a spur-of-the-moment trip (my favorite kind), with very little stress, lots of feasting for the eyes, and the opportunity to visit with my best friend of 13 years and to plot our escape from the US as political refugees should the radical right take over during our lifetimes.  Our next travel adventure will probably be during New Year's, and we're thinking maybe Boston.  Or the big island of Hawaii.  Or Belize, Costa Rica, or the Falkland Islands.  This is in addition to our elaborate plan to find each other again should a massive environmental or other apocalyptic-style disaster shut down all communications.

But for now, we're just going to enjoy what we can while it lasts. 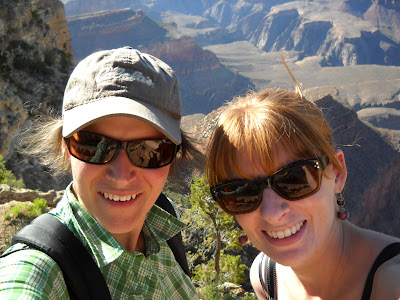