My Greyhound ticket is purchased and printed.  My U-Box is scheduled to come on Saturday.  I've ordered my utilities to be shut off next week.  And I've cleaned out my school office, returned my keys, and filed the appropriate paperwork to permanently withdraw from ASU.

So there it is, pinyon jays.  On this blog, I've narrated my final year as an undergrad, my acceptance into and move to grad school, my slugging through one year of graduate studies, and now my quitting school and moving back home to regroup.  I wish I had something more inspiring to write about, but who knows?  Maybe a beautiful adventure awaits me in Wisconsin.

I'm leaving Phoenix on the 25th.  It's a 2-day bus ride to Wisconsin if all my connecting buses are on time.  But I'm not expecting that.  I'm expecting that all my buses will be running late and it'll take me 3 days.  And that I'll be overwhelmed by the other passengers' funky body odor.  And that my luggage will get lost.

When I started packing up my apartment yesterday--taking down my wall art, rolling up my rugs, pulling all my books from their shelves, and finding myself alone in a blank, echoing apartment that night--I had a terrible sinking feeling, a feeling of doom.  Not because I'm scared to go new places (I'm not--I've moved 17 times in my adult life and 18 times as a child), and not because packing is overwhelming (I don't have that much stuff and usually get satisfaction out of cleaning and purging crap).  But because over the past several months, I've had many moments when I couldn't decide if coming here was the mistake, or if leaving here is the mistake.  I've gone over this in my head so many times these past several months:  What is the definition of a mistake?  How do we know when we've made one?  Can we only know it after the fact?  Can something seem like an error at first, but then later be judged as a good call?  How can we know in advance when we're going to fuck up big time if so many factors regarding the consequences are out of our control?

Oooh, I just said something totally un-American.  Out of our control.  Shivers!  In America, everything is supposed to be within our control, everything is our responsibility, everything that happens to us, good or bad, is our fault, and if we make a mistake, we should be thoroughly ashamed of ourselves.  "We are in total control of our destiny," pop culture, self-help books, and certain politicians say.

Well, unless one properly defines the word "destiny."

I was going somewhere with this, I swear.

Oh!  I started this post to tell you that I'm packing and that my apartment is now all messy, and to show you what it looked liked before, to preserve its cuteness on the Internetz forever.  When I first moved in though, it was completely fucking disgusting.  It was dark and gloomy and filthy, with food splattered all over the walls (even in the bedroom and bathroom), the doorknobs and light switches were covered in smudgy fingerprints, the blinds were so dirty they felt like sandpaper, and the patio plants were brown and half dead.  There was aluminum foil Scotch-taped over the windows, the sliding closet doors were off their tracks, and almost every light blub was burnt out.

"I'll take it!" I said.  Because not only was this place gross, but also huge and super cheap and oozing with potential. For two weeks I scrubbed scrubbed scrubbed, and then I started fixing stuff, and eventually the apartment became all sweetness.  I don't have the "before" pictures, but I do have the "after" ones.  I know I've posted these pics before, and I've made some minor tweaks and improvements since they were taken, but you get the general idea.  Now if only Bob would have refrained from blasting his music all fucking year, it would have been absolutely perfect.  But close enough, I guess. 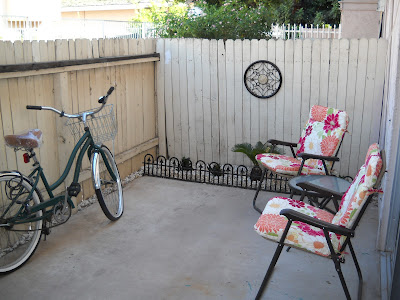 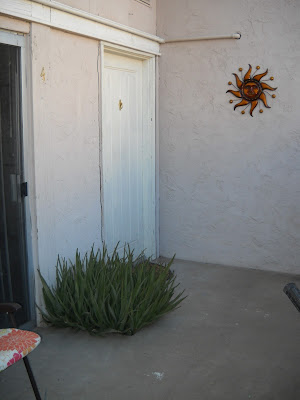 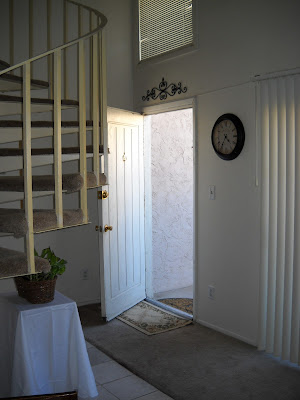 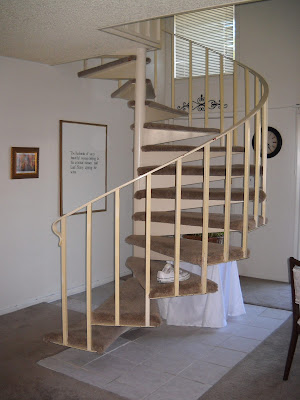 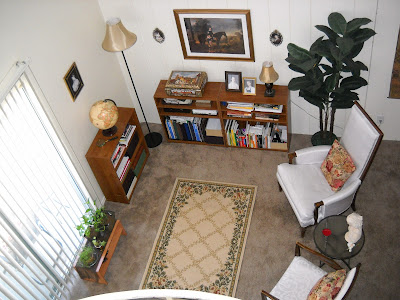 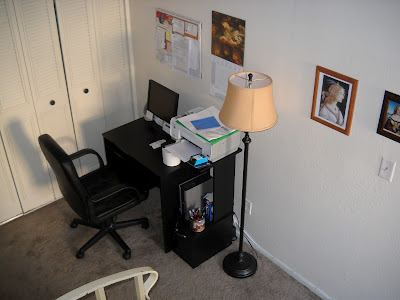 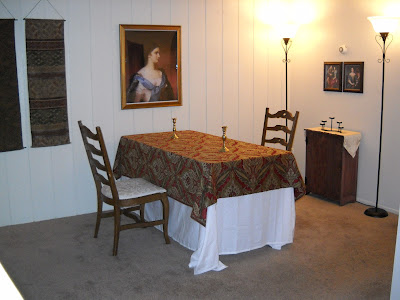 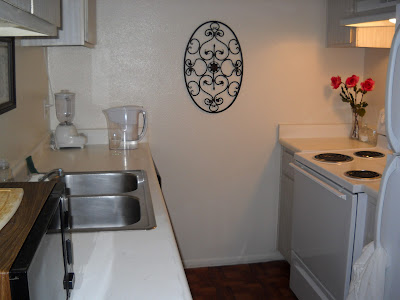 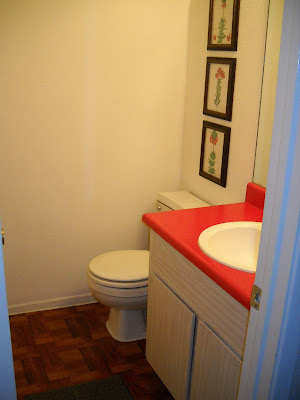 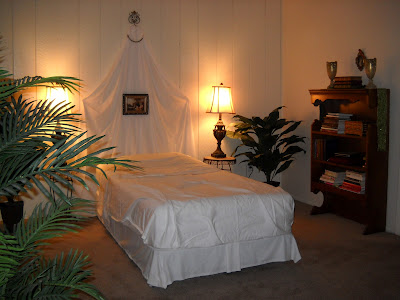 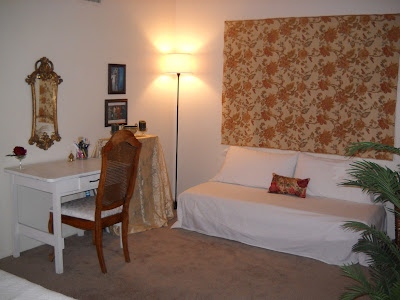 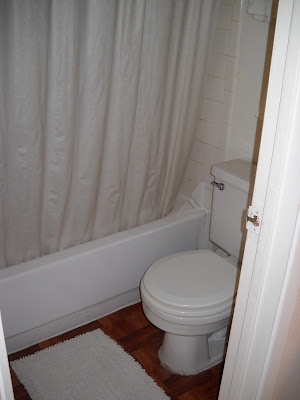 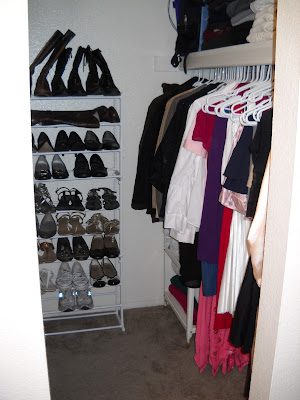 Today I nearly finished packing, and also felt less bummed, less like a shit-head for dropping out of this MA/PhD program.  I hope to just pick up where I left off last year, to get a job and pay off my debts and be a normal person, at long last!  I'm happy when I think of seeing my friends again--we're already setting dates for get-togethers and hang-outs.  Then I have another Covance screening on July 6, so maybe I can get back into the human guinea pig circuit and earn enough to pay for all this dental work.  Is that ironic?  Getting hired by researchers to have medical experiments performed on me so that I can pay my other medical bills?

Lately I've been thinking a lot about this blog and how it may be affecting my job search.  I won't take it down, but I've been thinking about writing under a nom de plume instead.  But what nom?  Well, how about my stripper name, Deanna Darling?  I have made oodles of cash under that moniker, after all.

How about "The Nostril Queen"?  I like that one.  And I think it's fitting, because, well, I have huge, dramatically flaring nostrils.  Check out this video of me, filmed in 2009, when I was doing a promotional interview for the skeptics club I founded back in Wisconsin.  All you can see in this video are nostrils galore.  I should start a nostrils club next time.

Is there not a striking resemblance between me and Beavis? 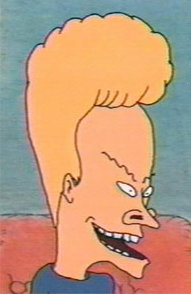 That's why I had to grow my hair long, so people could tell us apart.

Okay, we need to wash our retinas with a prettier picture than that last one.  Hey, you know who's super tasty? Christopher Plummer was when he was younger.  And get this: apparently one of his first theatre roles was as Fitzwilliam Darcy in Pride and Prejudice.  NO WAY!  I'll bet he was a smokin' hot Mr. Darcy.  I mean, look at those polite little nostrils. 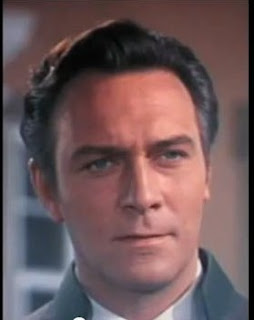 And here's a video that someone on YouTube made, arranging clips from The Sound of Music to make it look like a horror film.  LMFAO when Liesl gives that ominous look.  They should re-cut my year in Phoenix as a horror trailer, and that would be some funny shit.