When your "true love" marries someone else.

I know I haven't written in months, but I can blog again now because I'M NOT A TRUCKER ANYMORE, and I HAVE TIME!!!! Yaaaaayyy. And there was much rejoicing...

Christ, I hated that job. I quit, and two different supervisors asked me to stay, and I said no. That whole "not having a life" thing was no bueno. More on that later...maybe. It's going on 8am eastern time and I haven't gone to bed yet because I had me a blissful siesta yesterday afternoon, which means that I'll be going to bed at lunchtime today.

Anyway. I just had to blog to tell you the news: JASON REMARRIED!!

Who the fuck is Jason? you enquire.

But oh! I was SOOOO in love with Jason. So, so hopelessly in love. That was the first time I ever felt truly badly deeply insanely disgustingly over the moon for someone. I'd never believed in love until I met him. I didn't even know that the human heart was capable of such intense feelings. He was the first man I ever looked at and thought, Wow, I want to marry him. I want to spend the rest of my days with him, forever. I did not want children until I met him, and shortly after we started dating was the first time I'd ever experienced baby cravings, like, we need to make some bebbies right NOW.

However, at the time, Jason was recently separated (his divorce became final while we were dating) and was not ready for a relationship. He was having a good time and looking for a distraction. I showered him with affection, he was very reserved. I told everyone I knew about him, he didn't tell a soul about my existence for the longest time and maintained his online dating profile. I told him I loved him, he said "thanks." I said, "I really think you're the one for me," and he replied, "There's no such thing as 'The One'--we're each compatible with thousands of other people on this planet." I told him I wanted to marry him, he said "I appreciate the sentiment." He said he wanted kids one day, and I said I did too and why don't we get started on that? He replied, "I'm not dating anyone who could be their mother." Ouch. I was in college at the time, and instead of being proud of my steady stream of accomplishments, he said it bothered him that I wasn't settled in my career yet. When I was enthusiastic about my excellent grades and test scores, he'd say, "No employer is going to care that you got all A's."

I felt inadequate and ugly and stupid and unwanted most of the time I was with him, and part of me didn't care because I thought he was so awesome, but the other part of me was so unhappy and upset all the time because it was painfully obvious that I was in that relationship all by myself. Still, I admired him and everything he did and said and wore, and was intimidated by his arrogance and staunch hyper-conservative opinions. He liked short hair, so I cut my waist-length hair up to my ears. He liked math and logic puzzles and despised emotions of any kind, so I tried to never feel anything and keep a poker face whenever I could. I broke up with him a few times but always called back the next day or two to make up, because I was insecure and couldn't stand the thought of being without him and his wonderfulness.

Finally, after refusing to spend the holidays with me, he (very reluctantly) introduced me to his parents, and his...mother. Oh. My. God. Seriously, that was the straw that broke the camel's back. The idea of having her anywhere near my social circle really made me reevaluate my priorities and value system, and some months afterward I broke up with Jason for good. I was so drained, so emotionally exhausted and affection-starved and heartbroken from the relationship itself that I couldn't take it anymore, and then to throw his rottweiler of a mother in there? Forget it. I wished I could have been the 100% logical, unfeeling, apathetic robot with endless patience that he wanted, but that's not who I was, or am. I feel happy sometimes, I often get excited and enthusiastic about things, and sometimes I think it's best to run with happy feelings and to let oneself feel exhilarated and totally alive. Jason hated that kind of thing. I once joked to him that I'm a bit of a free spirit, and he sneered, "A 'free spirit' is just someone who's irresponsible."

Even though it was a really unhealthy relationship and I knew I had to get rid of him to save the few crumbs of sanity I had left, it still took me a really long time to get over him. I cried every day for the next 6 months, and I cried once a week for another 6 months after that. Eventually I stopped crying and started dating again and went on to have a series of handsome lovers who've treated me very well, plus school was busy and exciting at the time and eventually I forgot all about Jason.

Until last night, when I was thinking about careers and jobs and the economy and for some reason his name popped into my head. I wonder what he's up to now? I thought.

So I Googled him.

You can see where this is going, because suspense and foreshadowing aren't my strong suit.

Anyway, on page two of the search results, was his engagement picture on The Knot, where he's standing and smiling his adorable smile and his adorable hair with his arms around some other woman. It described when they started dating (shortly after he and I broke up), when they got married (April 2012), and what each of them does for a living (he's still in IT, she's an insurance person). They were very clearly and happily pair-bonded. Right away—and inexplicably—my vision blurred and my hands started to shake with anger.

I'd left him because he didn't want to get married, and then what did he do but run off and fucking marry the very next woman he dated.

Her? Why her? Why her and not me?? What's so special about her? This woman was so frumpy and goofy-looking, she looked like a Muppet with a weave. Or like her face got punched and then just stuck to one side. I know that's mean and childish, but seriously. Why her? Is it her career that's so sexy? She's not even a doctor or a rocket scientist or anything—she's an insurance agent and has been for 7 years. (Cedar Rapids, anyone?) Does she like logic and math puzzles too? Is that the appeal? Or did she just do The Rules? Was it just the timing of everything? What the fuck!

I studied the picture for a moment more, thinking of how he must've got down on one knee for her--and hello, what did she do to deserve that??--and remembering how sickly, hopelessly, wretchedly, I-would-chop-my-arms-off-for-you-and-I'm-totally-losing-my-mind IN LOVE I was with Jason and how I desperately wanted to marry him four years ago, and now he's happily married to some overly-insured Muppet and how he probably fawns over her and she gets to see him every day for the rest of her life and I got no reward for all the emotional turmoil I went through with him, only annihilated self-esteem.

I can't look at this. It's making me fucking sick, I thought. I put my head down to cry, but before a tear could squeeze out, I thought, Hey, wait a minute. I was really unhappy when I was with that guy. That was one of the worst relationships I've ever had, yo. And I kid you not, after remembering that fact, I felt normal and happy again within seconds.

Then I laughed a little. Well good, I thought. Good for him and that "Ann," as she calls herself. See, she doesn't even have as cool a name as me. AND she has to put up with his god-awful mother the rest of her life? Yikes...I don't envy that at all. Besides, I still have no shortage of handsome, accomplished lovers who think I'm wonderful, and I haven't even thought about Jason at ALL in what, two years?? So what do I give a shit. This has no relevance to me at all. Good for him and his boring job and his boring insurance claims wife and their boring life in Suamico, Wisconsin. They can go to LAN parties on the weekends and do math puzzles together in bed for all I care.

But before I go straight to hell, I have to tell you that I'm actually in New England right now having adventures. I was in Vermont last week and now I'm in the Boston area on an exploratory road trip. Did I mention I bought a car in May? I came out here to see if the East Coast is some place I'd like to live, and so far, I like it. SO rich in history, which is exciting. Besides all that, I recently broke up with the springtime lover I had. "No amount of sad faces and puppy dog eyes will make you stay?" he said. Aww. Jason would've never said anything like that. Anyway, such a shame Springtime Lover and I weren't compatible, 'cause he was a hottie. Seriously, look at this guy: 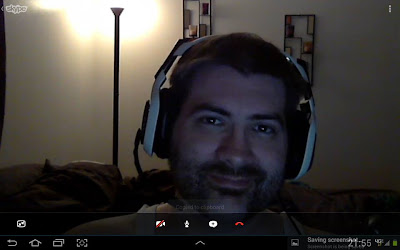 That's what some dude said to me the other day, with his "Bawston" accent. Granted, he may have been homeless, but it's still nice to know that SOME people think I look better than a Muppet with a weave.

Next month Mr Cheesebrow (who used to work on a bomb squad but is now an Arabic translator) is taking me to the Air Force Ball because we're friends now, and maybe I'll soon see my friend Stefan who lives in Jersey and is a bigwig for the DOT there, and he has his own airplane. See, exciting people like that are more my style.

A former coworker of mine asked me how I find all these men, and I find them the same way that anyone finds le romance nowadays—on the Internets! So I guess I don't really hate the Internet. If you type the right words into it, you can secure yourself some snugglin' and huggin' and whatnot, so the information superhighway isn't totally useless.

Besides, the Internet allows me to blog, and I truly enjoy blogging. I've missed it. I thought of making my big comeback with some really deep, meaningful social or political essay, but who am I kidding? I never write that shit for free, so why not just pick up where we left off and discuss my sordid and dysfunctional love life? I know what my (two) readers want, and I deliver.

I'm gonna blog some more this week, I think. I don't care if my brother thinks it's career suicide. I Googled myself last night too and this blog didn't come up, because now I'm the Nostril Queen. But I've got people left and right repeatedly telling me to write a book about my colorful and adventurous life, so all this hot gossip is probably going to end up in the public domain anyway. Plus I have a whole jar of Nutella here and a loaf of Italian bread, so watch out, bitches. I am unstoppable.

Ooh, and here's a picture from one of my adventures this week. It's a teaser. Stay tuned for the debut of my New England pictorial! And no math or logic puzzles will be found anywhere. 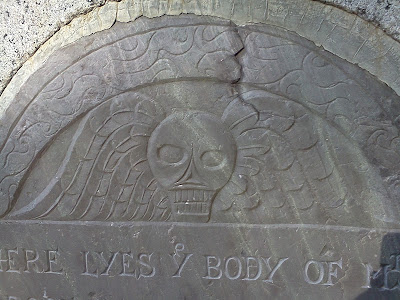