My Big Fat Trek to Normalcy

You know, when I was young and naive and idealistic, I was passionate about things that were unique and nonconformist and weird. I avoided people, places, and things that were "normal" because that was "boring." I spent my late teens and early 20s looking for unusual and adventurous jobs, living in a lot of uncommon (read: dangerous) places, and hanging out with a lot of profoundly strange people. I lived a very chaotic, unstable life. And at the time, I kind of liked it that way.

As I got older, however, I realized that exciting and adventurous jobs usually have shitty hours and don't pay for squat, offbeat places are fine to visit or study but not good places to live, and that people act weird not necessarily because they're artistic geniuses but because they have substance abuse problems and/or mental health issues that bring harm to themselves and the people around them.

Much to my surprise, this year a lot of that stuff happened, thanks mostly to dad dying and my inheriting some of his money. It was a nice chunk of change, and I used it to acquire some normal things. I got the dental care I needed, I got a car (which enabled me to get a better job), I got an apartment in a city with better employment opportunities, and I got my storage box shipped from Arizona so I could have clothes and furniture and books like a normal person. I suppose one of those die-hard money people would say I should have camped out in a Dumpster and aggressively invested that money in stocks or real estate so that I could retire a millionaire, but I was homeless and car-less and I chose shelter and transportation instead.

Now, like I explained in my last post, I have my first normal job, and that's fucking exciting. It's made me feel like normalcy is a possibility for me, which I've never really been sure of before. Unlike with trucking, this job makes me feel like I'm someone who can work normal hours and own a car and park it outside of my apartment, and on nights and weekend have time for a boyfriend and visit my girlfriends and attend events like parties and weddings and dinners.

Maybe for some people this stuff is so simple, but for me, this is huge. And my god, I don't take any of it for granted. These strokes of good luck frighten me sometimes.

So this has been on my mind a lot recently, and since my last post, there's been an interesting juxtaposition between normality and abnormality goin' on in these parts, and guess which lucky audience gets to hear about it? You, you lucky dogs.

The first has to do with that sexy manager I talked about last time, Mr Wickham. A few days after my last post, he approached me and started calling and texting me again. He apologized for what happened in October and sent me love poems and pictures of hearts drawn in the sand. He insisted up and down that he wanted to do things right this time and build a foundation for a wonderful long-term relationship. Things got hot and heavy. He texted me constantly saying he couldn't stop thinking about me, he wanted us to grow old together, and that I'd make "an amazingly beautiful bride."

Turns out he was running this same exact script on other women in our workplace, sending them the same poems, the same pictures, the same texts, and bugging at least one other lady to leave her husband and marry him...while at the same time he had a LIVE-IN GIRLFRIEND.

So again, it got furious and steamy for a couple weeks (until I found out about the other ladies) and then it was suddenly all over.

HR eventually got wind of other women's complaints that Mr Wickham's unwholesome attention was creating a toxic work environment. He was fired and escorted out of the building the Monday following Thanksgiving, which I dare say broke the hearts of the peripheral ladies who thought "poor Mr Wick-Wick" was so handsome and charming but who were unaware that he was a disgusting, worthless waste of human skin.

I don't know if I'm cut out for this white-collar shit, man, I thought at the time. I mean, what is this, fucking Melrose Place? Who does that shit? With the people I know, I'm used to hearing about bar-brawls and DUIs, not about elaborate layers of lies masterminded by someone leading a double- or triple-life. Seriously, I wouldn't be one bit surprised if Mr Wickham appears in the news someday for some Watergate/Lewinsky-gate type scandal, or a Kenneth Lay/Bernie Madoff-style corruption scheme. Ugh. What a snake.

Every now and then something that Mr Wickham told me about his "life" comes to mind (like that he was a "Christian" and was so "moral" and "ethical" and had such "integrity" and believed in the "ideal of marriage;" that he was a crack baby who spent his childhood in foster care and had a residual heart condition; that he was a volunteer firefighter on the weekends and wanted to grow his wedding photography business; that he had a grouchy roommate who didn't allow female visitors; that he got into college on a full scholarship; that he loved Colonial and Renaissance history, etc.), and how I later found out that every single thing he ever told me was a lie.

How do people like that live with themselves? How do they look themselves in the mirror and not break down crying? How do they keep up with so many lies? Do they keep notes? And what exactly is the point of all that lying? Everybody lies sometimes, I know, usually because they're afraid or ashamed, but it seemed like Mr Wickham lied not to accomplish any particular goal, but just because he enjoyed the thrill of maintaining a convoluted set of stories and getting lots of people to believe them. I always sensed that something was a little off-kilter about him, that he seemed a little weird and unstable, and then I got to talking with others who knew him long before I did, and without me asking or fishing for this information, they told me they found Mr Wickham to be an untrustworthy, slippery, shifty, abnormal sociopath.

I'd just never met anyone like that before. I've never been lied to so deeply before. The whole episode was just so strange, and difficult to wrap my mind around. Again, who does that shit?

Fortunately, because I suspected Mr Wickham to be a little unstable, I continued to entertain the attentions of other suitors. One of them, and the one I eventually picked to be exclusive with, is someone we'll call The Dutchman, because he was born and raised in the Netherlands and he speaks fluent Dutch (and English) and that's hot. And check out that great facial hair: 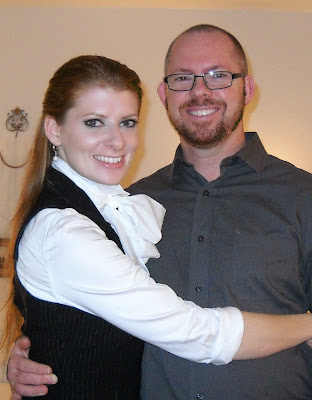 The Dutchman also features a marvelously tight butt (not pictured)
from years of amateur and professional soccer-playing and coaching.

And I have to tell you, he is so normal. I LOVE that. I love, love, LOVE that. He's sweet and nice and caring and attentive. He doesn't insult me or say or do mean things that make me cry. He's easygoing, positive, he's not a slob, and he has this steadiness about him that I really like. Unlike other men, there's nothing boyish or immature about him--he is 100% adult man, and I love that. What's interesting is that he's the only person I've dated for whom English was a second language, yet he and I have the least amount of communication problems--meaning, we don't really have any at all. Every day he impresses me with how deftly and openly he can discuss little differences and disagreements. Where Mr Wickham was sleazy, slimy, and evasive, The Dutchman is open, honest, and forthright. Being with him feels so...clean. I don't feel torn, confused, hurt, or disappointed with him. Everything just fits so easily and happily. I'm so glad that I have good news to share on this blog after so many posts about sad things and bad news. 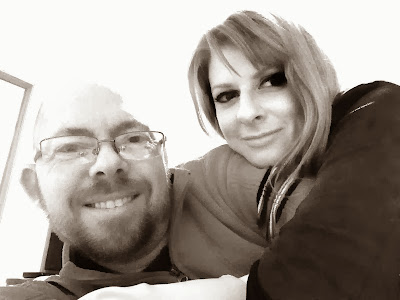 The Dutchman also has two young children from a previous marriage, and he's a great dad--playful when they're behaving, firm and fair when they're not. And his kids are so normal, and so sweet. I've hung out with him and the kids a number of times: making breakfast, going out to dinner, to the grocery store and to karate, helping them take baths and get ready for bed, and it's all so normal and grown-up.  It makes me feel like I could handle the next step towards normalcy, which is having a family. That now feels like a tangible possibility, like a real option, whereas before it felt like something sorely longed for but so abstract and far away.

I like that nothing feels "insane" right now. I like that I currently having nothing in my life about which I can complain, "OMG, that's insane! OMG that's crazy!"  For the moment, the crazy parts have been extracted and I am enjoying a state of health. Right now in my little world everything is sweet and normal and happy, and I am SO, SO grateful for that. I know that change is the only consistent thing in this world and that both good things and bad things are fleeting and nothing last forever, but I hope this happiness and normalcy lasts just a little while, at least.

So check out how many steps towards normalcy I've taken since May, grasshoppers: First a normal car that actually starts when I turn the key, then a normal job with diurnal hours, then a normal apartment that's not overrun with bats and centipedes, then a nice normal relationship with a great guy...all in less than a year? Holy shaving cream. I don't know why obtaining these things was such a struggle for me for so long, but now they are all happening in tandem. If normalcy is something you're working towards as well, I'm telling you that if things are unpleasantly abnormal now, they can really turn around, and it might be sooner than you think. Hang in there, keep taking those steps, and keep your chin up. You just never know when a rich relative will die and you'll have the chance to reach up and catch that ball and run with it. 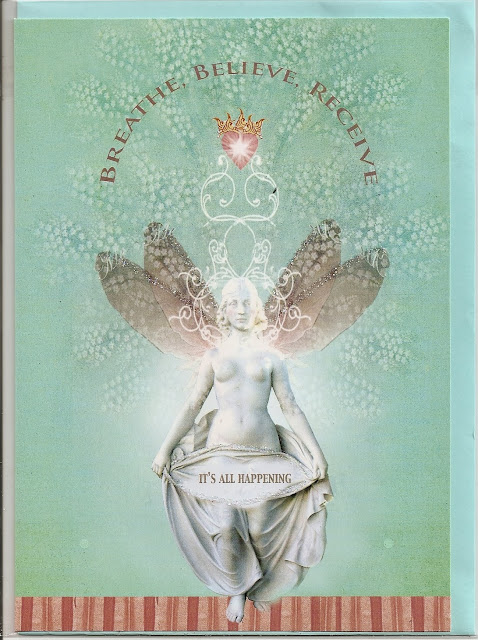