Why I Cover My Hair

Today, February 1, is World Hijab Day! It also happens to be my 3-month "wrap-iversary." Since Nov 1, 2016, I've been wrapping my hair in a scarf every single day whenever I leave the house, like so: 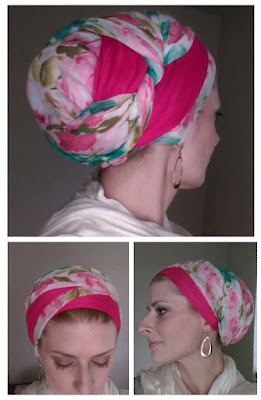 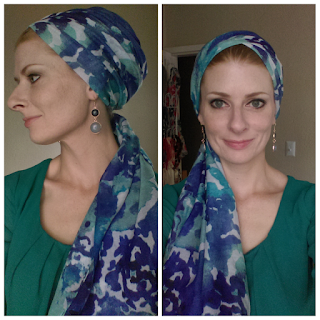 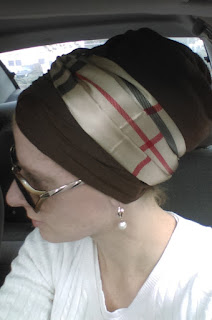 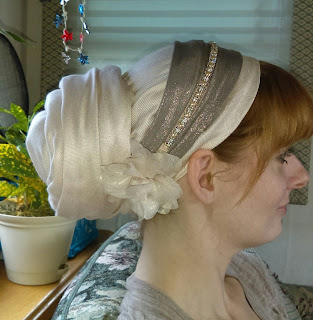 Technically, I don't wear my scarves styled in a hijab; I wear turbans, tichels, snoods, and bandanas with very long tails, as shown above. But the principle is mostly the same, which I will explain below.


It all started when I was perusing op-eds one night last October and came across this New York Times article, "A Saudi Morals Enforcer Called for a More Liberal Islam. Then the Death Threats Began." The links in that article led me to read more about the practice of hijab and its various styles, as well as pieces about Catholic/Christian women covering their heads and how that came to be abandoned. Then I came across this Premier Christianity article, "My Headcovering Experiment." The following comment was posted there:

Wow. I had never heard anything like that before in regards to hair covering. Like many Westerners, I had always believed that a woman only covers her hair when forced to by someone else, because that someone else wants to silence her and make her invisible, and that a woman who says covering is her choice is just "brainwashed." 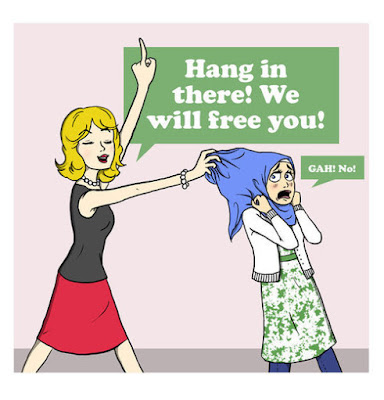 But reading the "Experiment" article and the comments made me seriously wonder for the first time if my common Western belief was actually false. Not just challenged, but false. I had never considered that radical covering was an act of defiance, of opting out of the "Please Approve of My Sexy Body" game.

I stared blankly into space for a long time, just thinking.


I'm embarrassed to admit it now, but growing up I was uncomfortable with Muslim women and their veils, because I was taught that it was either a sign of oppression or the mark of a terrorist. (Granted, I grew up in one of the whitest places in the US.) And third-wave, sex-positive, mainstream feminism holds that since the body is nothing to be ashamed of, it should be on full display at all times, and anything short of that is oppression. Third-wave liberation views nakedness as a sociopolitical act wherein a woman should have the freedom to walk around practically naked wherever she wants, and if anyone is distracted or aroused by that, then they're the ones with the problem.

In that line of thinking, it follows that modesty is nothing more than slut-shaming and blaming women for men's inability to control themselves; modesty is about people like Warren Jeffs, David Koresh, polygamist cults, and women who are culturally lobotomized, denied an education, and kept as domestic captives. If you cover your body, according to this ideology, then you're oppressed, repressed, provincial, narrow-minded, prudish, hypocritical, judgmental, hiding yourself, ashamed of your body, and in need of counseling to deprogram you.

While I'm obviously on board with first- and second-wave feminism, the subsequent movements are confusing and muddled to me. My personal experience tells me that skimpy clothes may be adorable but they aren't comfortable at all, in any season. Tight pants are restricting, shorty shorts and miniskirts make your legs stick to each other and to any plastic, vinyl, or leather chair you're sitting on, tight tops never stay where they should, and spaghetti straps pretty much guarantee a sunburn, despite reapplying greasy sunblock. When you're wearing tight clothes, you worry a lot: “Are my boobs spilling out? Is my fabric tape slipping? Are my pasties showing? Does my stomach look flat enough in this? Are there wet spots in my armpits? Is my panty-line showing? Is my crotch showing when I sit down? Can people see my cellulite through these pants? Is my butt jiggling too much when I walk? God, these short shorts are bunching up around my crotch and giving me a wedgie. Do I have enough Band-Aids in my purse in case these heels give me blisters?”

Beauty and fashion advertisements tell us that every woman deserves to feel sexy and desired, and that dressing sexy increases a woman's confidence. And maybe that's true for some, but in my experience, looking flashy and sexy increases my self-consciousness. Countless times I've worn something really cute and sexy and acted confident about my appearance, but on the inside I was consumed by self-conscious thoughts. What a waste of mental energy that was, when I could have been using my brain for more meaningful things.

I may be accepting of all body sizes, but the reality is that most people are not and will freely make nasty comments and try to touch you when it's totally uncalled for. And I for one am tired of people judging my various parts as too big, too small, "too sexy" or "not sexy enough." I'm tired of it because I don't care about their stupid fucking unsolicited opinion on something that doesn't matter at all. I don't want strange men scoring my "hotness" on a 10-point scale or some other idiotic nonsense. I don't want people judging my hair color or style, whether or not my shoulders or collarbone are nicely shaped, whether my waist-to-hip ratio is good enough for them, whether my butt is round enough, whether I have nice legs or not, whether I'm too tan, too freckled, too pale, or if I fit their ideal of attractiveness or whatever.

I want to take the judgment option away from people entirely, so it's not even physically possible for their minds to be preoccupied with my body shape while I'm trying to discuss something important. I want to force them to look me in the eye and focus on my voice, my ideas, and my intellect instead, not by yelling at or lecturing them, but by covering up so they have nowhere else to look except at my face and eyes. When people are truly listening, they are relaxed and looking at your face, not worried about controlling their gaze. I want to make it easier for people to really listen to me, not harder. I want to limit distractions. And a woman's long, beautiful hair and fleshy curves are a major distraction to both the owner and viewer.

So the idea is let a wholesome, pretty soul shine through and to keep the sexy parts 100% private, for home use, because they are too valuable for public consumption. The public does not deserve this private beauty. That's not to say modest dressing must be frumpy or dowdy, unless we want it to be. If the point is to get people to focus on our personality and not our tits and ass, then by all means let's show our personality. And maybe a little foot action, because fancy shoes are totally rad: 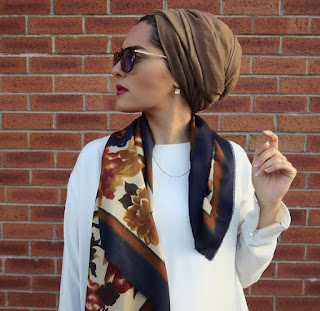 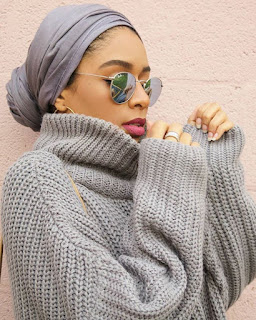 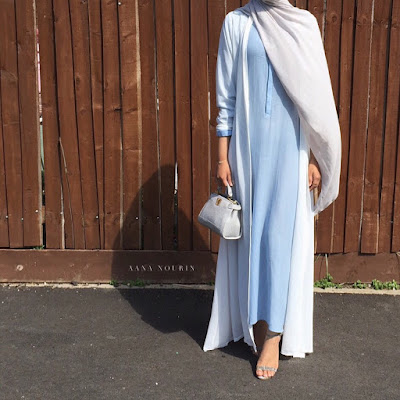 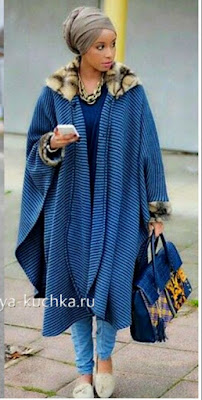 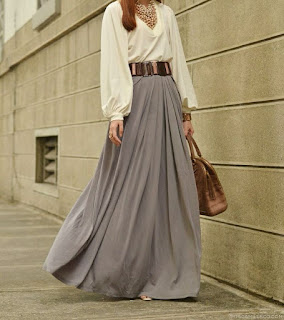 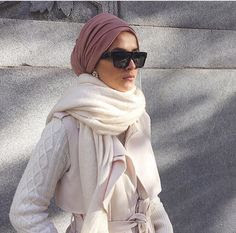 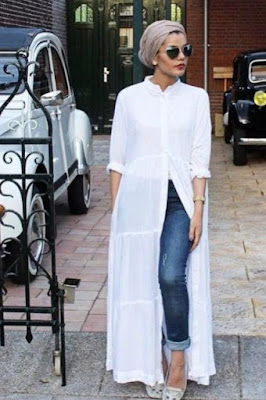 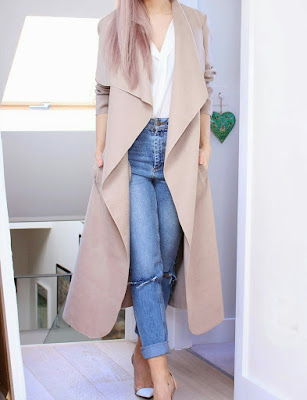 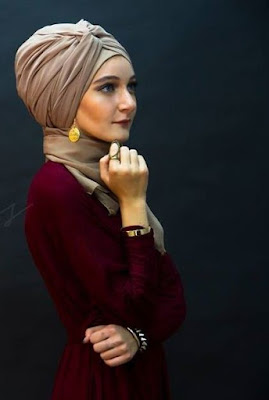 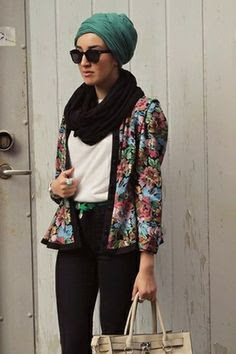 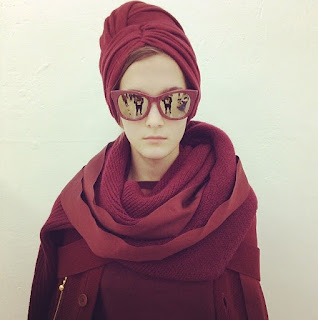 So, by Halloween I had made up my mind that all types of coverings were beautiful, and I decided I would wear a scarf on my head the next day. I happened to have a couple pashmina neck scarves on hand, but I wasn't really sure how to tie them. Searching YouTube for tutorials led me to the Wrapunzel website, where I nearly fainted with delight and immediately became obsessed with all things hair wrapping. I also joined their Facebook Fangroup.

Below is my very first attempt at wrapping my hair: 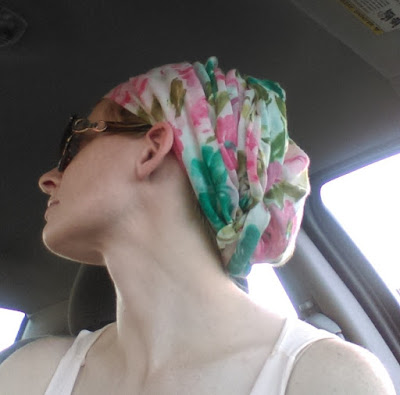 It unraveled off my head a few hours later. In public, natch. But I still felt amazing and so happy covering my hair. It was like a new experience of consciousness.

It took me a few weeks of wrapping every day to learn to tuck the ends securely, and what felt too loose or too tight on my head, to acquire the proper head undergarments to give the wrap a nice shape and keep it from slipping, and to nicely coordinate the scarves with my clothes. I did a few Goodwill runs to integrate more modest clothing into my wardrobe as well, since my look for the past few years has been more "sexy librarian" than "secular nun." But by now I feel really confident in my wraps and they stay put throughout the longest, busiest, even windiest days. 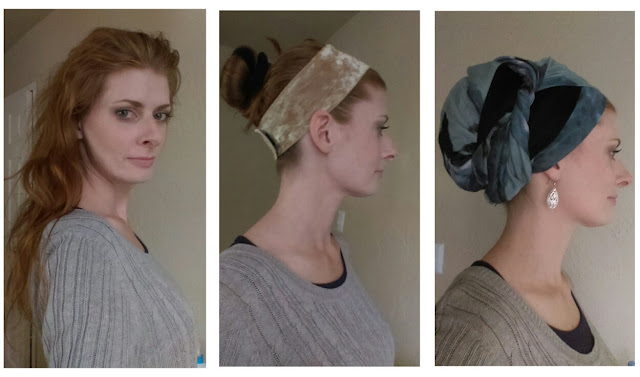 As far as public reactions to it, I wasn't really afraid of going out in public with my hair wrapped, and I wasn't afraid of people's reactions, probably because I'm a natural redhead and people have been making inappropriate comments to me about that my entire life, not to mention my body. I've also faced unrelenting street harassment since I was 16, so I figured that anything anyone had to say about my wraps wouldn't be worse than the creepy, disrespectful shit I've already heard a thousand times.

My main concern was finding a job where the dress code wouldn't interfere with my wraps. I started driving for Uber shortly after I started wrapping, so there's no dress code at all. I have the following set as my driver photo, so riders aren't too surprised when I roll up to their house wearing a giant sparkly turban with ribbons, flowers, and rhinestones dangling from it. 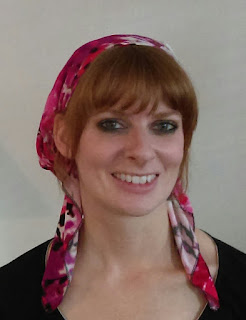 One rider recently said, "I could tell by your photo that you'd be an awesome, funky person!" And we had a great conversation. So there you have it.

In my three months of headscarves, I've received countless compliments from both men and women on my wraps, and only one person awkwardly asked me if I had cancer. Not a single person has said anything rude to me about it at all yet. It may happen in the future, but I'm prepared for it, and it won't stop me from wrapping.

I just love wrapping and (my new understanding of) modesty SO much. I've always hated hair dryers, curling irons, hair spray, and all that. Scarves are easier and more fun to style, they're soft and comfortable, they look so much neater than my scraggly bedhead, and I love how I can drive with all the windows down and not a single strand of hair gets in my face. I love wearing loose, draping clothing with my favorite jewelry. I feel much more elegant, like a serene queen. I never felt that way dressing sexy.