And I don't care about the Packers, either.

I miss it so, so much. I really loved it there. Of the dozens of places I've lived around the world, it was the first one I ever had overwhelmingly positive feelings about. Every single day I was delighted by the same thing over and over: Wow, what a beautiful day--AGAIN! Yet another gorgeous, warm, sunny, cheerful, beachy day. This is so amazing.

It's true that my skin doesn't tan, I'm not into water sports or volleyball, and I couldn't give two shits about anything Disney. Rather, the general sunny attitude, ocean landscapes, palm trees, wildlife, and lack of snow were the primary attractions for me. Ooh, and the insane summer lightning and brilliant sunsets--WOW. My heart races just remembering that beauty.

I lived in Pinellas County for 15 months, and the outdoor experience was incredible. 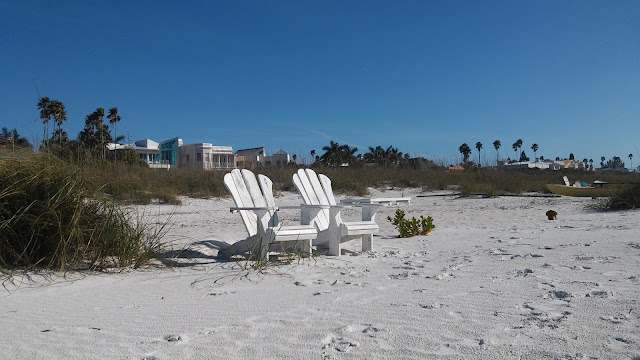 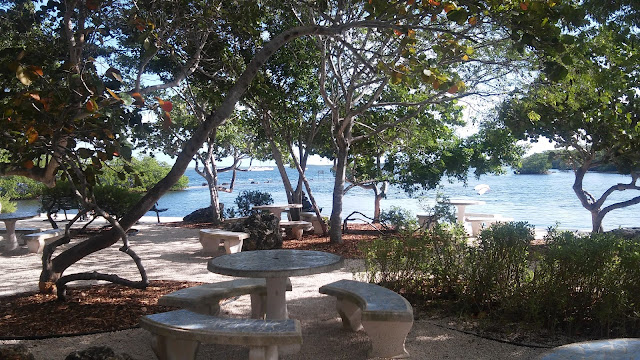 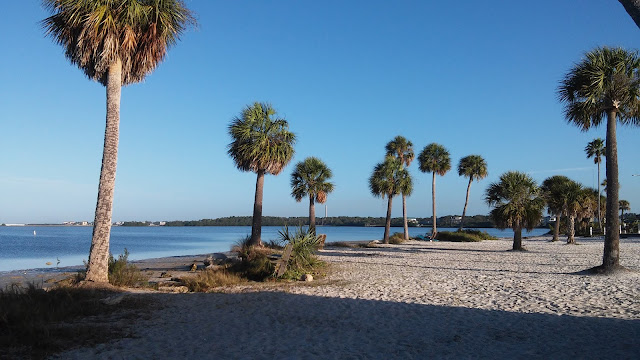 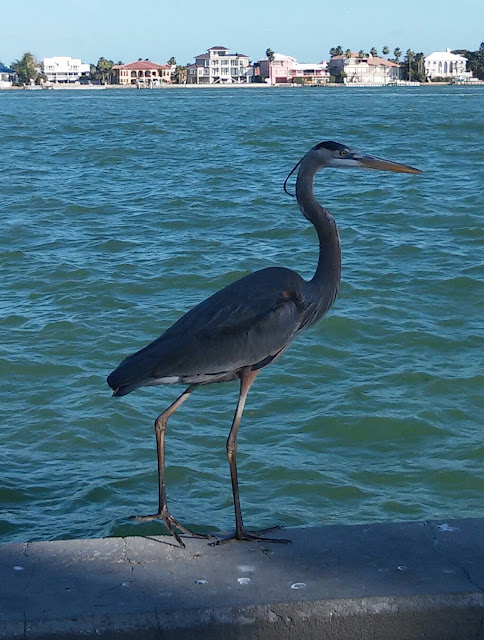 I say "outdoor experience" because my indoor experience (read: my living situations) were terrible. Something acutely shitty happened there during February/March. And I very seriously mean once-in-a-lifetime devastating. More on that later.

Meanwhile, I was scheduled to travel to my home state of Wisconsin in early April to host a friend's baby shower. Due to the terrible living situations and the Acutely Shitty Thing That Happened in Florida, I planned to just stay in Wisconsin after the shower.

So here we are, two weeks later. I have no idea why I thought the Upper Midwest would be the best place to recover and regroup and reboot, to seek comfort and encouragement in my dark night of the soul. 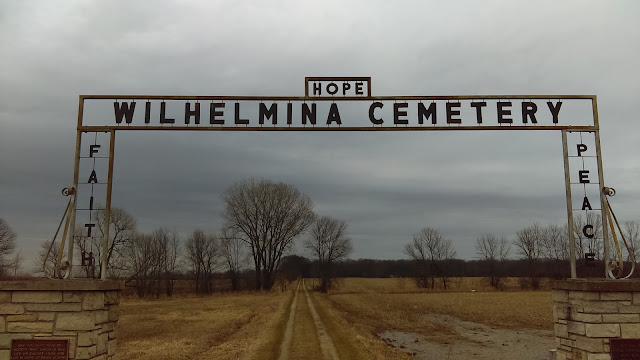 Well, that's not true. The idea was that I would recover faster being surrounded by family and friends. I grew up here and most of my loved ones are still here.

Inexplicably, they like this area. Generation after generation, brutal winter after brutal winter, they stay. With few exceptions, they work stable factory/retail/food service jobs, they keep to themselves, lead conventional lives, and don't deliberately seek challenges. They wear jackets bearing bar logos and can fix your car in an instant. Many of them smoke heavily and some even support Donald Trump. Travel, adventure, academics, literature, achievement, enlightenment, cultural and self-awareness, questioning the foundations of civilization? 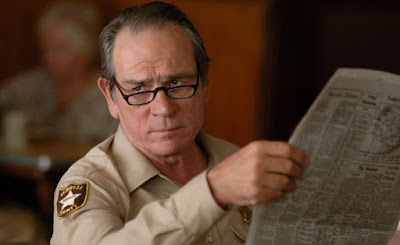 They're a meat-and-potatoes, no-frills sort of people, which kind of happens when you grow up on a dairy farm with icicles hanging from your eyebrows and one toothbrush to share among 10 kids. "What the hell is a Gucci?" one of them asked me.

And I'm sure they view me as the foolish, irresponsible flake who just won't grow up and settle down. The one who keeps runnin' all over creation for no apparent reason, living out of suitcases, then always coming back when I have a problem. If I would just get a job at the local tank factory, buy a drafty old house, and join a bowling team, I wouldn't have these problems.

Though darts and pool are popular here, too.

Now if they would just eat that kale quinoa avocado açaí maca hemp pomegranate salad I made and activate their crystal chakras, they'd come over to my way of thinking.

Anyway, after 2.5 years away, my first week back in Wisconsin was like going 80 mph on a highway when the engine suddenly cuts out. The combustion and road noise and wind stops and you silently coast to a standstill on the shoulder, knowing that nothing good is going on here.

I like peace and quiet as much as anyone, but this silence will dominate you. 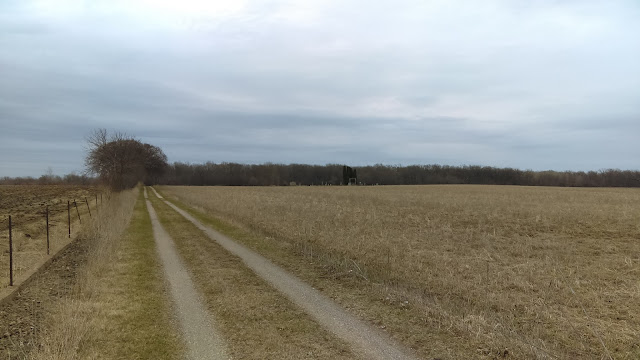 Wisconsin: The Boulevard of Broken Dreams

A few days after my return, though, a faint memory slipped through my fingers. It was a distant feeling that slowly welled up inside of me.

Dear god, I had space to breathe.

Because even in the most secluded areas of Pinellas County, you can still hear the distant roar of millions of humans buzzing around like termites. No place there is objectively quiet, even on weeknights. There are simply too many people piled on top of each other, partying. Sex, drugs, and hip hop. The place is always humming.

As in love as I am with the natural beauty of coastal Florida, everyone else loves it too and is fighting for a spot there. 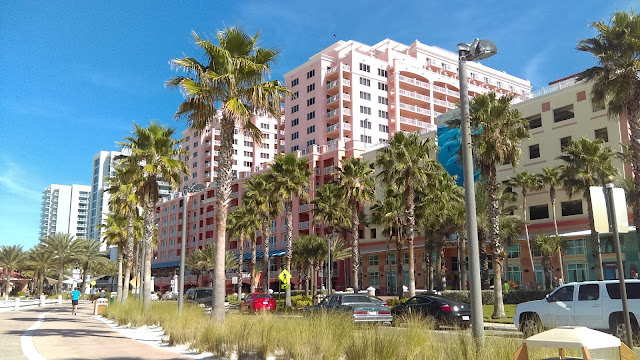 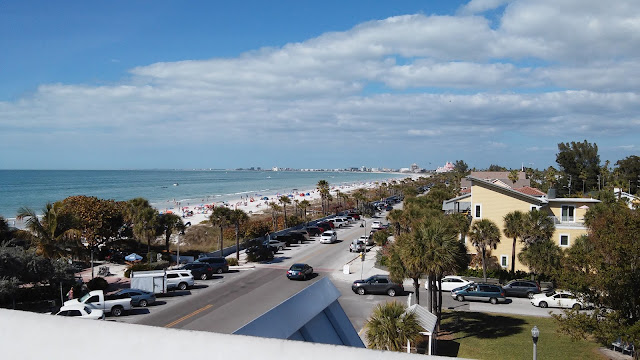 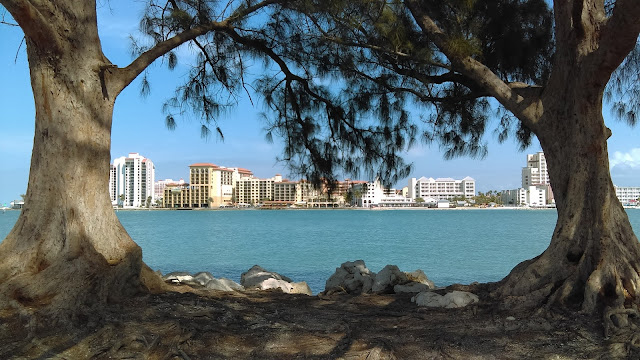 Growing up in the Fox Cities, the barren quiet is what bothered me the most. Even "downtown" the streets and sidewalks were (and still are) empty. Snow and ice often cause social events to be cancelled. There's nothing to do here, there's nothing going on, nothing changes, it's so boring, the young me often complained. I wanted lights and glamour and excitement and opportunity. And now that I've lived in the Chicago, Honolulu, SoCal, Portland, Tampa, Phoenix, Madison, San Antonio, Minneapolis, and Köln metro areas, and in a smattering of small towns, along with visits to London, Dublin, LA, Boston, and DC, I'd say I'm 1/8 of the way done getting my fix of glamour and excitement.

You thought I'd say I love the quiet now, didn't you? Ha! 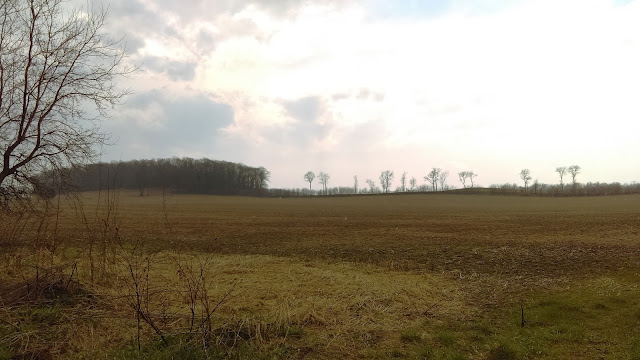 No. The silence is a nice break, a nice way to readjust my ear. But it still scares me like it always has, and I do sometimes wonder if, after that baby shower was over, I should have driven my broke ass back to Florida, put my clothes in storage, reinflated my car mattress, slept in Walmart parking lots by night, hung out in libraries by day, and visited food pantries for meals until I figured out a different living situation. Like, I know how to navigate homelessness. It's not fun, but I'm not afraid of it, either. And I sometimes think living in a place as beautiful as coastal Florida is worth the sacrifice.

I don't know if you've heard, but it's wildly expensive to live comfortably there. 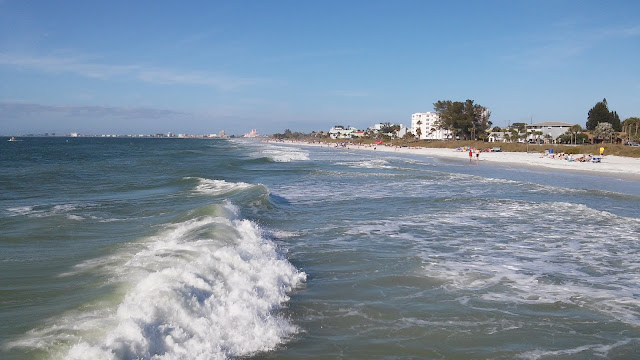 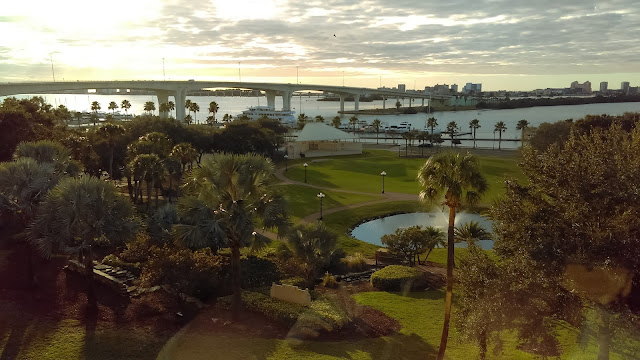 Here in Wisconsin, I have a job lined up to begin April 24. After I was hired I found out they have a location in Tampa. Hmm, maybe a transfer is in my future.

Then again, I'm not sure. Almost none of the people I happened to meet in Florida seemed terribly smart. Their limited common sense and mechanical/survival skills was maddening at times.

Gah. I dunno. I'm here now. It was a shock to the system to go from sunny and noisy to brown and quiet, but now that hygge and bullet journals are all the rage, maybe my stay will be restorative. 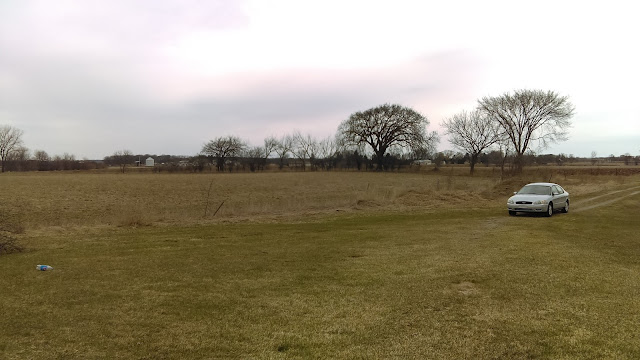