The Acutely Shitty Thing That Happened

It's taken me almost four months to write this. It still hurts so much that I've decided to just breeze through the telling as fast as I can.

Back in Florida I had an on-and-off fling with this guy who was eight years younger than me.

Now, I normally date older men who are educated professionals and upstanding members of the community, but this young guy, at 27, was a pizza line cook, had never moved out of his mom's, didn't like to read, had no education, no travel experience, no interest in learning to drive, dreamt of becoming a professional video game player, and was still a virgin.

But I was trying to be more open-minded and less judgmental, and he smelled good, so we began a fling in June. 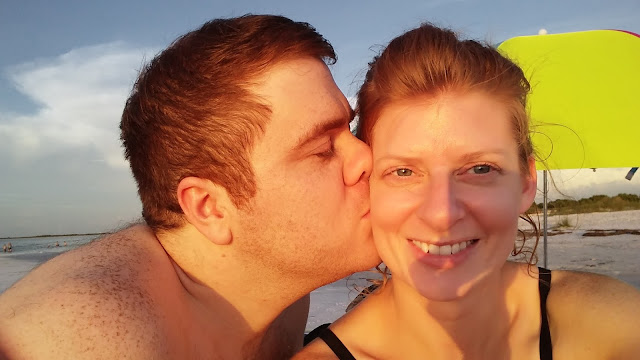 I taught him how to drive and I took care of that virginity problem of his. 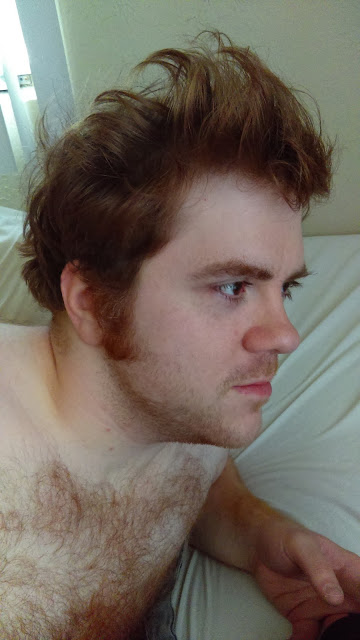 I broke up with him in November but we still rented a townhouse together as amicable roommates. One night in mid-January he was feeling frisky and propositioned me. I happened to be feeling frisky right then as well, so I said sure. We knocked boots for a few days in a row, just like old times, and then I said enough of that.

A month later I was feeling kinda weird and tingly and tired and I had this strange unquenchable thirst. Aunt Flo, whose arrival was normally like clockwork, was over a week late. On February 12 I went to CVS and picked up a couple tests, which both turned out like this. 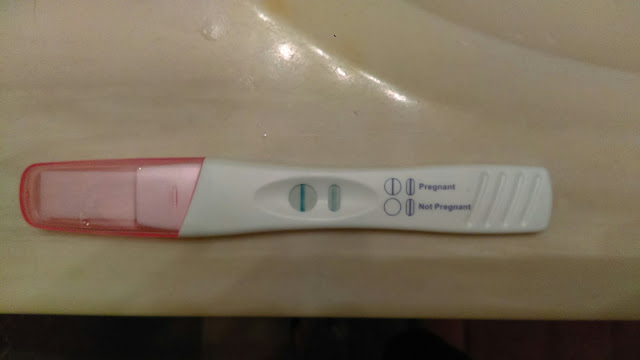 Being pregnant for the first time at age 34, when I had long suspected I was infertile, I was overjoyed. But I was also really upset that this young guy was the father, instead of one of the more suitable men I had dated previously.

This young guy was not overjoyed. In fact, he was pissed. He bought cheap liquor to drown his sorrows and set it proudly on the kitchen counter next to my prenatal vitamins.

I am not making that up. 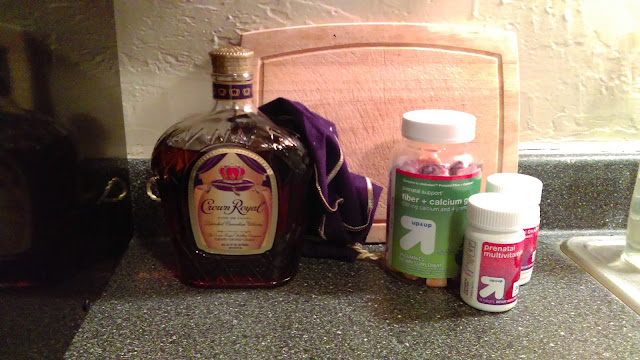 Over the next two weeks he accused me of tricking him into sex to "get myself pregnant," of stealing his sperm for my own "selfish gain." He accused me of getting pregnant by someone else and claiming it was his so that I could extract child support from him. He yelled at me for wanting to keep the baby--my desire to keep it alive was not a natural instinct of motherhood but obvious proof that I had been plotting to destroy his life since I first met him a year prior. He claimed that becoming a father at age 27 would ruin his life, his hypothetical career in the restaurant industry, and all his ambitions to own a pizza shop one day. He told me that abortion would be the smart thing to do, and yelled at me about money.

I am not making that up, either.

I offered to leave Florida and raise the baby myself with my family and to never accept a single penny from him. I researched Florida laws on paternity, child support, and parental rights and offered to have one of my male family members adopt the baby so he could voluntarily sign away his rights. I offered to not name him as the father on the birth certificate or to ever reveal his identity to the state so he would not be forced to pay child support. I offered various creative custody and logistic arrangements and to raise the baby as friends. I looked for a different job myself with better benefits and reworked a new savings goal into my budget. I looked up state assistance for prenatal and infant care. I told him that having kids motivates people to be frugal, and that almost no one, even millionaires, feels financially ready for kids.

He shot down ALL of my ideas and became increasingly paranoid of me "coming back one day" and forcing him to pay years of back child support. He made an appointment with a supposed men's rights lawyer.

We argued bitterly for weeks. Neither of us had any money, savings, assets, investments, or real estate. I was worried sick about money but I was willing to bust my ass to find a way to provide for the baby. He was not. His accusations were beyond disgusting, and I believed that any child of mine deserved a father who didn't hate its guts and wish it was dead.

I also didn't want to deal with 18 years of harassment from a sexist, ridiculous, and immature man-child. I had previously thought he was an okay person, but now believed this situation really showed his true colors.

Every moment of each day I agonized over what to do, what was best long-term, what was most financially responsible, what was best for the planet and humanity at large. No solution made much sense.

I made an appointment for a non-invasive chemical abortion on February 28, an hour away in downtown Tampa. The doctor confirmed via abdominal ultrasound that I was 6 weeks along. They prescribed RU-486 and misoprostol--14 pills by mouth over the next 8 hours--and sent me home. That evening was a nightmare of unbearable physical pain. I was violently ill out of multiple orifices and was thankful to be home alone in that wretched state.

The gestational sac (containing the baby) came out on March 3. The sac was a golf ball-sized mass of shriveled tissue, veins, and clots, like a large, soft, bloody prune.

I held it and wept uncontrollably for hours.

I wrapped the sac in paper towel and ribbon. The day prior I had penned a letter to the baby explaining I was trying to spare it from a deeply unfit father, and asking for forgiveness. 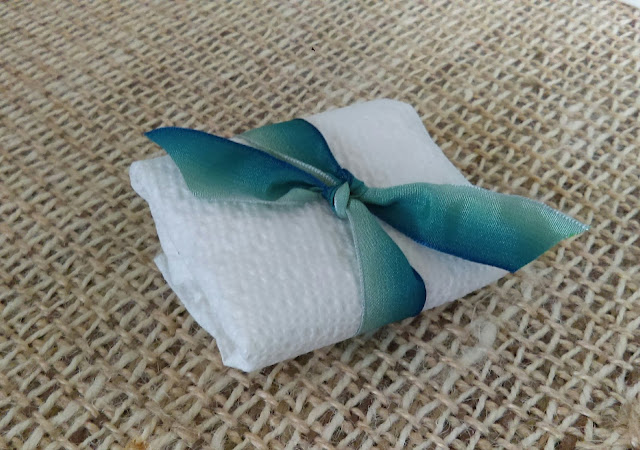 The next day I discreetly buried it Largo Municipal Cemetery and marked the spot with purple statice, also known as sea lavender or purple baby's breath. 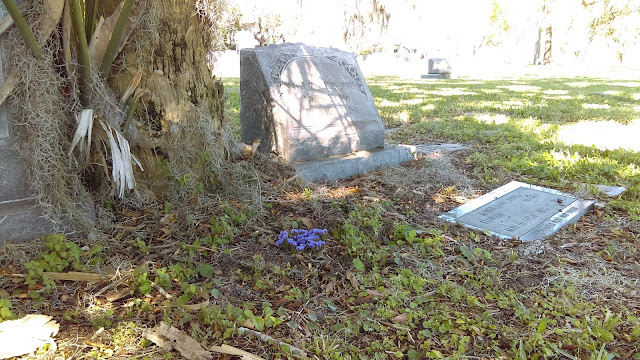 It was the worst time of my life physically, mentally, and emotionally. If I was awake, I was tearful and trembling with anguish. Every nerve in my body was completely raw.

The bleeding lasted for two months.

In the weeks following, this young guy showed practically no concern for my health and claimed to be confused as to why I was an emotional mess. He told me it wasn't even a baby, just a bunch of cells, and that I was being too emotional for caring about it at all. He suddenly claimed to not have known I wanted to keep the baby and somehow convinced himself that the abortion was my idea and that I was happy about it. He claimed that he was the one who was grieving and needed me to comfort him, and claimed to have no idea why I was moving out or why I wanted no further contact with him. "Good luck trying to find someone as good as me," he scoffed. "Go find some old man with a limp dick!"

By mid-March I had found a subtenant to take my spot in the lease, and I moved out March 29.

In a twist of cruel irony, I was scheduled to host a friend's baby shower back home in Wisconsin on April 1, an event that had been in the works since Christmas. I planned on just staying in Wisconsin after the shower instead of returning to Florida, seeing as how I was now financially, physically, morally, mentally, and spiritually shattered and barely functioning, and Florida had turned from paradise into hell. Another Wisconsin girlfriend had offered me a place to crash and I gratefully accepted, and I have been recovering here ever since. Working and creating and reconnecting with old friends and planning something else for my future.

I'll be 35 in a few weeks, and that's the age when women are advised by doctors to stop having kids because it gets too risky. When I had cited that as one of my reasons for wanting to keep the baby, young guy dismissed that concern. "You'll be fine," he said. "You'll have more kids."

Because of him, I can't think of anything more profoundly repulsive to me right now than dating. Men's bodies, attitudes, machismo, complete disregard for life and the well-bring of others, inherent destructiveness, inability to be decent companions, persistent violence towards women across cultures all around the world, and their evil reactions to fatherhood like this guy and this guy--I retch just thinking of it. All men need to stay the fuck away from me for a long, long time. As Louis CK has said, "[T]here is no greater threat to women than men. We're the number one threat to women. Globally and historically, we're the number one cause of injury and mayhem to women. We're the worst thing that ever happens to them. That's true! You know what our number one threat is? Heart disease."

And hey, if you're against abortion, think about the possible reasons why women might be having them. And if you can't think of any, why don't you (gasp!) ask them?


Maybe sometimes a woman does it because the man who impregnated her is quickly revealing himself to be a sick fuck, and the child is going to suffer the brunt of it. Maybe sparing the child from a lifetime of sick fuckery is a motherly and protective decision.

So there you have it: a nice, breezy abortion story.
Posted by An Extra Human at 03:04
Email ThisBlogThis!Share to TwitterShare to FacebookShare to Pinterest
Newer Post Older Post Home