When I peeled out of Massachusetts on Dec 1, I was scheduled to visit my friend Stefan that weekend in New Jersey, so that involved a terrifying 5-hour drive through Connecticut and New York City. Google Maps took my little Ford Taurus directly onto the upper deck of the George Washington Bridge during dinner rush hour--where all the semis are required to go--and my pitiful, ineffectual life flashed before my eyes.

Thanks for the existential crisis, Google.

Anyway, Stefan, a NJ native, was my tour guide for our weekend in New York City and Philadelphia, which I'd never properly visited before. We saw the 9/11 memorial, the Statue of Liberty (from really far away), 34th Street, Broadway, the bull (and girl) statues on Wall Street, the New York Stock Exchange, the Christmas tree in Rockefeller Plaza, NBC Studios, Grand Central Station, and Radio City Music Hall. We also walked the Brooklyn Bridge and had New York pizza.

And of course meandered through Times Square:

Below is a real steaming sewer grate--my favorite of all NYC sights: 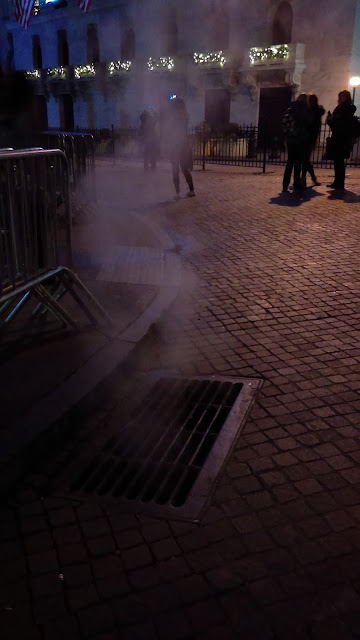 I didn't think I'd like NYC, but it was dazzling and glitzy and glamorous, and a lot cleaner and more orderly than I expected.

In Philly we saw Independence Hall and the Liberty Bell, and then we got so wrapped up in the expansive ruins of Eastern State Penitentiary that we didn't have time for anything else that day except a little ice skating at Dilworth Park.

By Dec 4 I was on my way to Arizona to stay with my paternal aunt and uncle for a bit. Y'all might recall I wasn't a fan of Phoenix when I lived there during grad school, but these relatives recently bought a winter home there and had been bugging me to come see their new digs. And any warm sunny place with wide open spaces seemed infinitely more appealing than the dreary, crowded, angry Northeast.

After tooling down I-81 to Tennessee, I was on I-40 westbound for DAYS, OMG.

After Amarillo, I finally felt like I was getting somewhere: 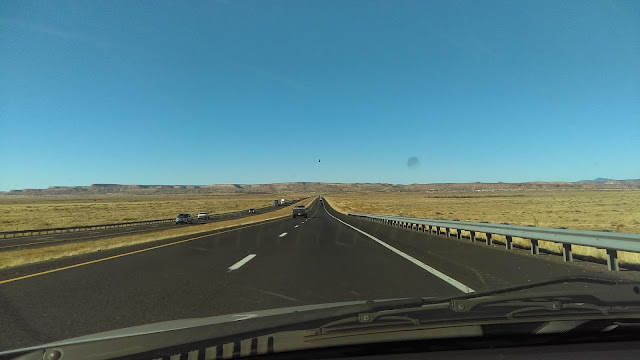 Once in Holbrook, AZ, I turned down this road... 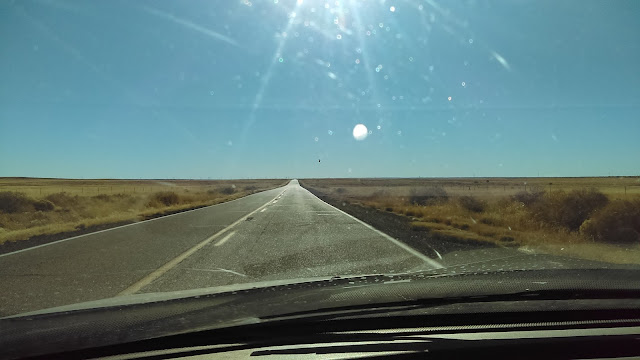 then this road through Tonto National Forest... 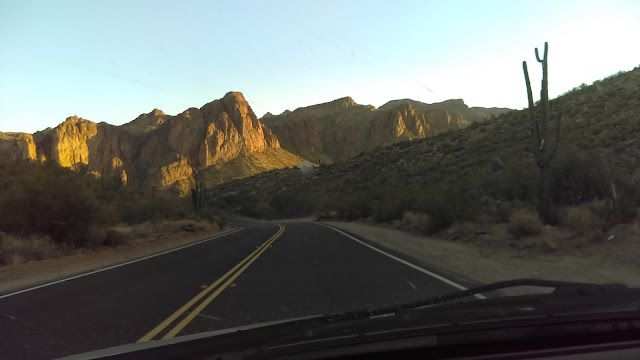 then this road to Superstition Mountain. Almost there! 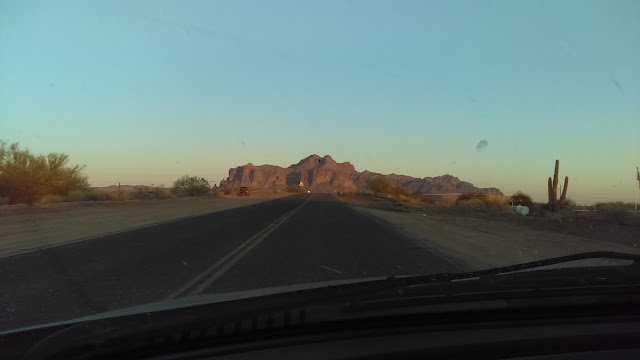 I arrived at their gated, carefully manicured mobile home park on the eastern edge of town, where I've been gloriously vacationing all month.

The reason I hated Phoenix in 2011-2012 was mostly because I was a car-less pedestrian in a pedestrian-hostile, car-centric city. But now that I have a car, Phoenix is a completely different experience. The roads are huge, flat, open, straight, clearly marked, set up as a grid, and free parking is plentiful. Very few people speed or tailgate. It's just so chill when viewed from a driver's seat, especially here in the 'burbs. I can't get over it. The interchanges are simple and straightforward. When you pull up to a stop sign, you can see what's coming from literally a mile away. Or hell, even two or three miles. It's easy to right yourself if you miss your turn.

Look at this grid! 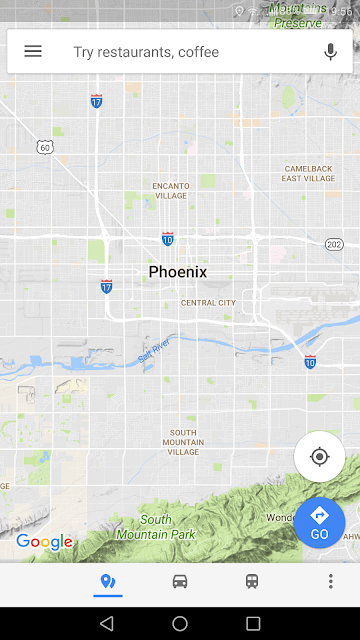 Phoenix is driver heaven and pedestrian hell. I imagine delivering pizza or driving for Uber or FedEx out here is a dream. Just like St Pete, with its lovely numbered grid system. But unlike St Pete, the edge of Phoenix is quiet and peaceful.

It's the total opposite of Massachusetts, where the roads are ancient, narrow, and winding with steep hills, no shoulders, innumerable blind driveways and unmarked intersections, and insanely aggressive drivers. If you miss an exit in MA, it can seriously take you 30 minutes to get turned around because the roads are so poorly designed. Even after delivering pizza there for 50 hours per week for three months, I was still really uncomfortable with those roads. I never got used to how dangerous they were. I was never able to accept how none of the interchanges made any fucking sense.

So I now have a car that is titled in Florida, registered in Wisconsin, insured in Massachusetts, and parked in Arizona. A trail of all the places I've lived in 2017.

I should probably get that straightened out.

Now that I'm straightened out after a month of recuperating.

I was in rough, rough shape when I got to Phoenix, like one of those mangy dog "before" pictures at the humane society. I slept 12-14 hours per night after I arrived. I hadn't slept in a bed inside a building for three months! I was basically feral.

So I rested and ate and groomed and nursed my poor hands. Isn't it amazing how the body turns glucose and oxygen and protein into new cells and arranges them back into a finger shape without any conscious effort? It's so weird to watch.


I've resumed covering my hair. Oh, how I missed it!! It makes me so happy and I love it so much. I'm upset with myself for temporarily stopping. 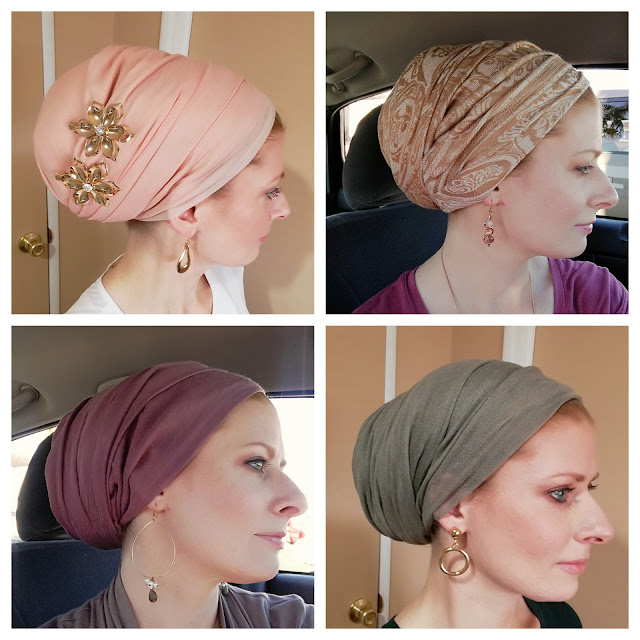 That's what went wrong in Massachusetts: I stopped wrapping my hair. My soul was exposed to the ugly world and my mojo was hemorrhaging. I'm tellin' y'all. Hair wrapping keeps your strength up. It protects your will to live from negativity and the abuses of daily life. 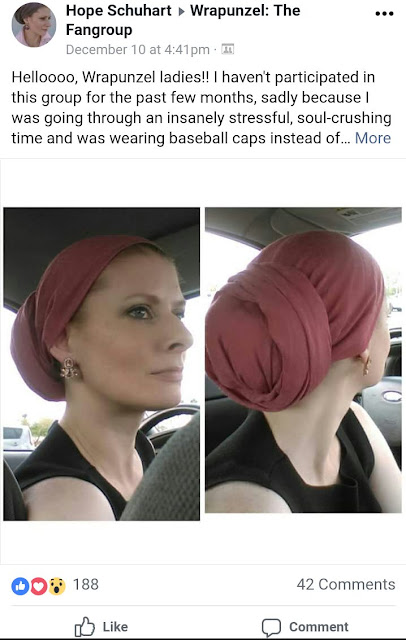 As for Christmas, I sent cactus candy to my International Secret Santa recipient Anastasiia in the Czech Republic weeks ago, but who knows if she received it, because packages aren't traceable past US customs. I haven't received anything from my Santa yet, either. 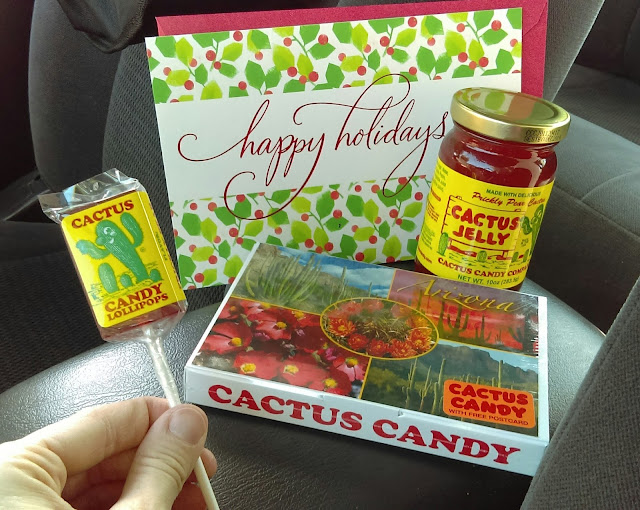 You know what the problem was? I forgot to throw some soda in there: 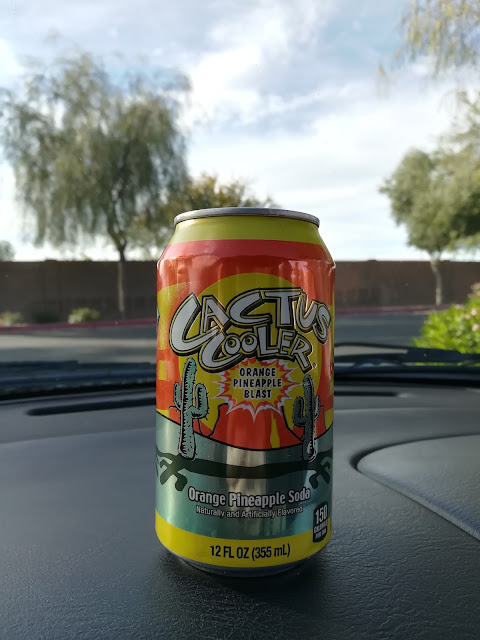 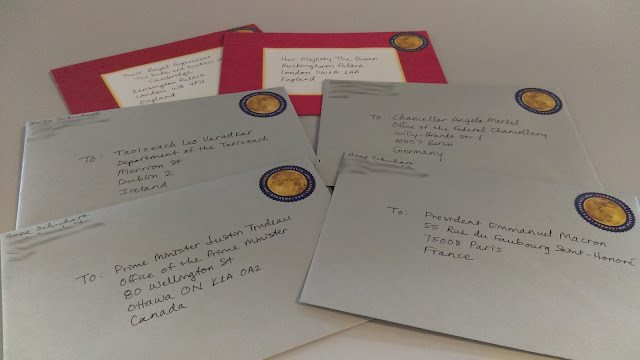 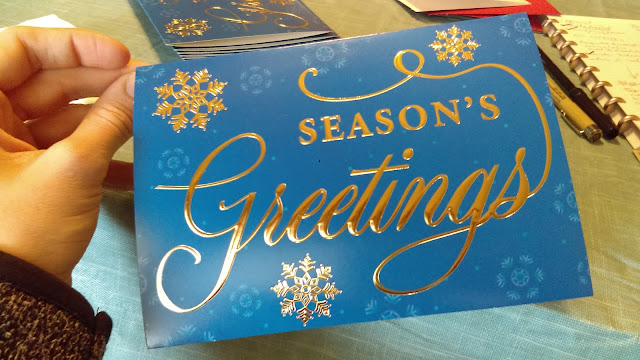 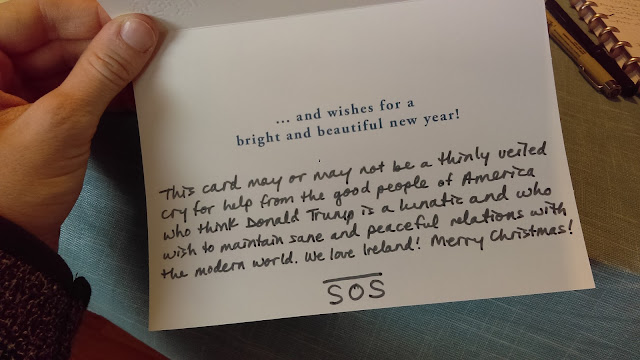 And also a holiday card (not pictured) to my lawyer who cleared up my legal issues this summer. I'll get around to posting about that eventually. 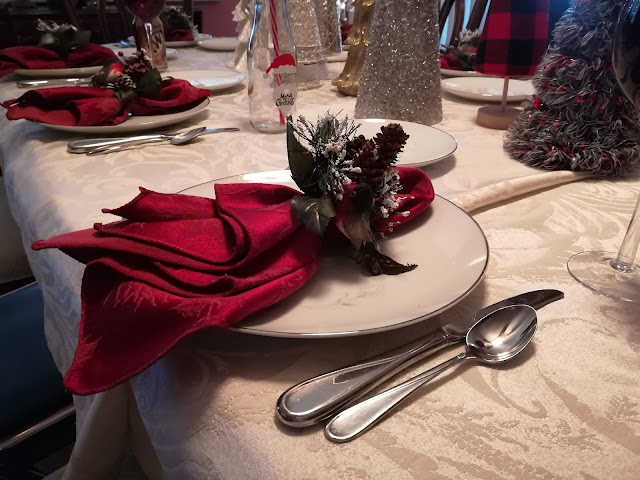 New Year's Day is the end of my vacation. This past month was my desperately-needed rest after an intense, stressful, chaotic, and sleep-deprived year. January to November 2017, man, was a relentless stream of exhaustion and bullshit.

But I guess I was overdue for a bad year after three easy ones all in a row. Kind of like the Yellowstone Supervolcano. Isn't that well overdue to explode and throw us back into the Dark Ages?

In any case, returning to Wisconsin in January sounds rather unappealing, so I plan to stay in AZ at least for the winter. Possibly longer, depending on what kind of work I find. The thought of summer in the desert makes me nervous, because I already did one summer here and "dry heat" makes no fucking difference when it's 122 degrees. An oven is an oven. I know ovens, and I have the best ovens, and there's no better oven than Phoenix. 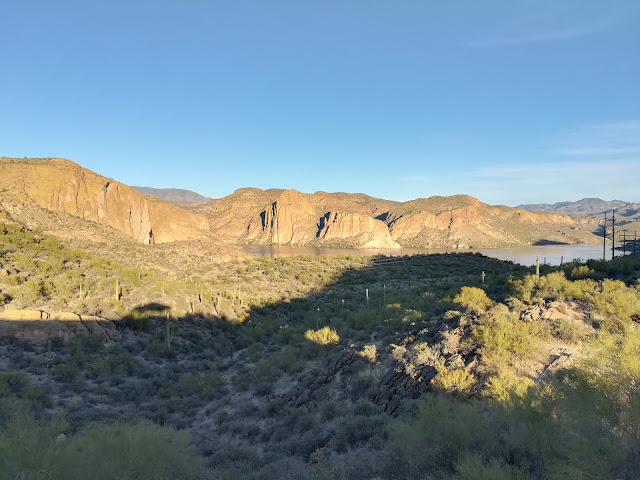 Arizona is kind of romancing me this second time around.

Not sure if I'll fall for it. We'll see.

Just a few minutes left of this diabolical year!