Youth is Wasted on the Young and the Restless

Recently I tried watching my favorite movie, the BBC's 1995 version of Pride and Prejudice. 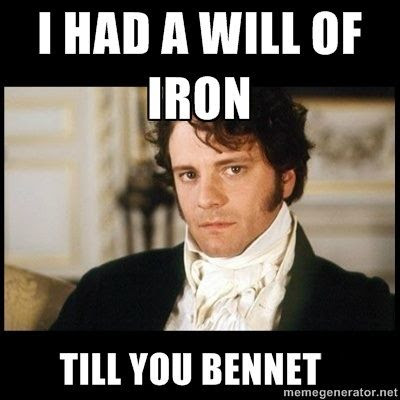 I'm the kind of person who has 10 favorite movies and 10 favorite music albums and I consume those same few media over and over with no interest in anything new.

So I've already seen this version of Pride and Prejudice a million times. I know the script and the soundtrack backwards and forwards, every change in vocal pitch, every facial expression, every joke, the length of every pause, every outfit, every hairdo, every camera angle, etc. For many years this movie has been a comfort to me, a cozy blankie to cheer me up when I'm sad.

The problem was that I haven't watched it in two years, since before The Acutely Shitty Thing.

This recent viewing didn't go so well. I barely got through the Netherfield Ball before bursting into tears.

I was a different person, with different eyes, the last time I saw this film.

In my previous life, P&P was a deliciously subtle comedy/drama about sex and money between landed gentry folks in Georgian England. It was about fancy language and horse-drawn carriages and raised eyebrows and authentic period costumes.

Now when I watch it, it's about how I'm too old to have a family.

Now it's about how I was once young and beautiful and stupid as fuck, and now I'm old and smart and bitter and wrinkled and pretty much out of eggs. It's about how men of all ages universally prefer women in their late teens/early 20s, and how I wouldn't have wished my hot mess of a 20-year-old self on anyone. When I was young and trusting and giggly and naive, I didn't have the education or social skills to attract a quality man, and now that I have the education and social skills, I'm too repulsed and resentful from dealing with so many bad men to even be interested in finding any good ones. Asking me to fall in love again would be like asking me to play with stuffed animals—something I haven't done since I was a kid and would require a level of imagination and suspension of disbelief that my brain is no longer capable of producing.

Now it's about the privilege, guidance, connections, upbringing, rank, wealth, and social acceptance I've never had and never will have. It's about all the things that once seemed so close but in reality were hilariously out of reach. It's about how, for most of my life, I believed that with enough preening and etiquette practice and education and accomplishments and determination, I could work my way into the middle and upper classes and seamlessly blend in there...and then finding out via the corporate world that I'll never fit into those circles without a) LOTS of plastic surgery and b) becoming an insufferable snob.

Now it's about the multitude of opportunities I've squandered, about any one of the respectable careers I could have had if I'd just picked one thing and stuck with it, and about knowing how to plan a career and make a living to begin with. It's about the heavy chains of class and floating between the bottom two classes after rejecting the rescue ladder when it was offered because it looked like a ladder to Hell.

Jeez, what a horrible movie! Springing all those dirty feels on me at once. 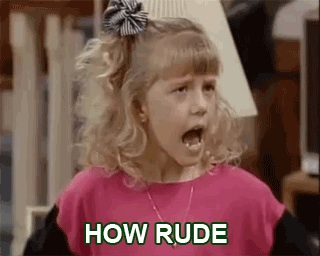 You know, when I was young, I took the concept of “the future” for granted—the years gaped before me and there was seemingly an endless amount of time to have all the harrowing adventures and intellectually challenged lovers I wanted.

This movie made me realize that, biologically and chronologically, that chunk of time called “my future” is over. I don't have “my whole life ahead of me.” The most important parts are already behind me, and now it's just cleanup and damage control—trying to plug the leaks while the ship is already half sunk, or patching the roof while it's raining. 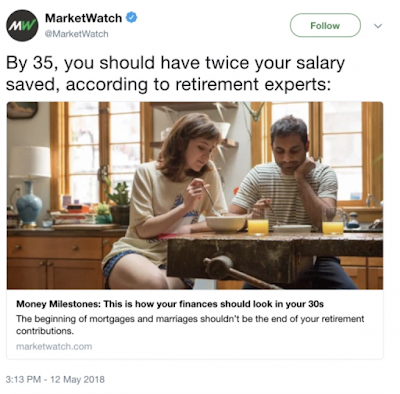 Sometimes I think, “Well, I did the best I knew how with the crappy life skills I was given.”

Ehh, not a whole lot of consolation there.

I often wonder what overachievers think of their younger selves when pondering their lives. While we losers might say, “God, I was so fucking dumb back then. If only I'd done x, y, and z. How could I have been so stupid,” do overachievers say, “Wow, look at all these beautifully strategic decisions I made that worked out nice and neat just like I designed from the beginning. I handled everything with the utmost maturity and all my calculated risks came up roses every time”?

Example: the Duchess of Cambridge, whom Americans still call “Kate Middleton” seven years after her name was changed upon marriage. My main fascination with her, and similarly with Grace Kelly and Jackie O, is how orderly their lives were/are. They never impulsively dyed their hair blue or pierced their noses, never rebelled, never ran away from home to be a pole dancer in Hawaii, never made a drunk rant at a wedding, never had an ex release their sex tape, never said anything controversial that destroyed their careers, never fell for any scams, never eloped or got divorced, never made any tacky, tasteless, or truly bad decisions in their lives. No lapses in judgment or integrity, even if their families were feuding. Every moment of their lives seemed appropriate and tasteful and carefully planned, from birth until death, like a storybook arc.

How does a fallible human even do that???

You know what I hate are those “no regrets” people. They say shit like, “All the mistakes and hard times made me who I am today. I learned so much from all the bad times that I would chose every one of them all over again!” 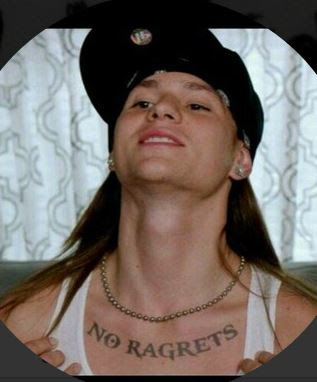 “No regrets” is the #1 stupidest fucking thing I have ever heard in my entire life and could ever possibly hear in 100 lifetimes. Really, dude? Of all the things you look back on and make you cringe and hate yourself—all the kids you picked on in school, all the mean things you said to your mother, all the times you scared the dog and pulled the cat's tail, all the times you lied about breaking something and snooped through someone's stuff, fudged the accounting and didn't claim your cash tips, cut someone off in traffic, walked off a job, and unfriended someone over something petty—you'd really do that all over again? You would choose to be unethical and hurt innocent people all over again?

I think they're just rationalizing why that time they lied or cheated or stole or whatever was actually “the right thing” to correct some other perceived injustice. Humans aren't logical; they're rational. And the human brain can rationalize even the most screwed up, asinine shit. We're capable of astoundingly twisted logic if it justifies our own greed and laziness.

Whenever I look for life advice on the Internet, the top Google results are usually the same people regurgitating the same BS phrases over and over (like “no regrets” and “do what you love”) without questioning the validity. It also seems like most people who write “advice” online are following a formula to “make money online working from home!” i.e., “Write a generic blog full of useless filler text posing as 'advice,' pepper it with ads, and earn passive income from each click!”

So I try to stick to a) asking real people I know personally, and/or b) reading books published by legit publishing companies and written by real counselors with credentials from accredited schools. But sometimes it's 3am and I'm lonely and something's bothering me and there I am reading fluff content by some 24-year-old “digital nomad” who puts fucking butter in his coffee. 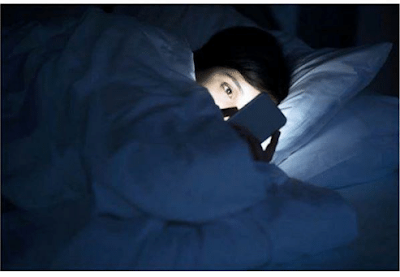 Either that or I'm deep in some other abyss on YouTube.

Finishing my formerly-beloved 6-hour Pride and Prejudice movie was painful, but I did it, because one of my goals for the year is to stick with things and finish them, and be persistent and patient even through obstacles and discomfort.

That movie used to be my comfort food, and now it makes me queasy.

I guess that's how grief is. Things I used to enjoy now make my heart crack open in despair. Things I used to cherish now haunt me. Just when I think I'm over it and I'm at peace with my decision, a coworker asks if I have kids and when I say no they ask “why not?” Or my mom goes off on yet another diatribe about how abortion is murder because that's what she heard at church and she's the type who parrots what she hears and she's elderly and forgetful and I don't think she remembers that I was the one who wanted to keep the baby and the father did not.

In short, there was my innocent carefree life before the abortion: I could wear lacy lingerie for whatever unworthy schmuck I was seeing and pose for sexy pictures and think it was all in silly cheesecake fun. I didn't have much baggage to hide. I could date, dance with, and tease men and not be filled with visceral, red-eyed hate.

And here is my life now, after the abortion: I have a lot of baggage to guard, backstory to defend, a lot to remember, a lot I wish I could forget. The idea of a romantic relationship makes my blood boil in disgust. Smiling is an automated muscle contraction my face does when a camera is pointed my way. My laughter is dark, smirking, sardonic, or polite conversational noise--vocal chord memory like singing a scale. Ha ha ha. Squint your eyes so it looks real. Raise your pitch at the end so it sounds real.

Pride and Prejudice was about things I can't do anymore, like watch romantic movies without remembering that I poisoned and buried my own baby so that some high school dropout down in Florida would stop harassing me.

Maybe it's time for some new films.